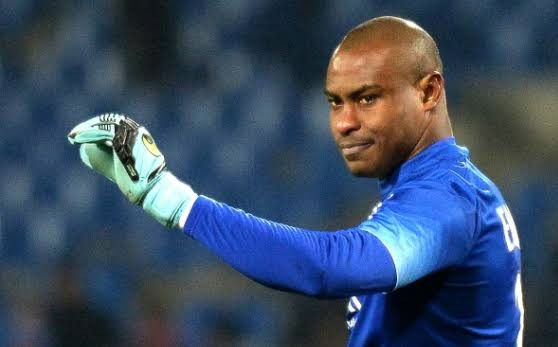 The billionaire Nigerian politician is determined to invest heavily in the London-based clubs with plans to take them back to the summit of European football, but the former Nigerian captain believes it’s a misplaced priority

Ex-Super Eagles skipper Vincent Enyeama is not impressed that Senator Orji Uzor Kalu is planning to buy 35% shares in Arsenal. This stake would give the former Abia State Governor a controlling influence in the Premier League side.

The Senator representing Abia North Senatorial Constituency had on Monday announced his intention to become a major shareholder of the Gunners and help provide the funds that would see the Londoners become Premier League and UEFA Champions League winners.

The billionaire is looking to repeat that incredible feat with Arsenal Football Club.

But Enyeama, arguably Nigeria’s greatest goalkeeper in history, wants Sen. Kalu to direct his attention at his country home’s beloved club, Enyimba, and turn it into Nigeria’s first-ever mega club.

“Why not invest that money in Enyimba and turn it into a mega-club,” the former Enyimba stalwart wrote on Twitter.

“A club that will bring in a lot of sponsors and create job opportunities for the youth.

“Nigeria has no mega-club side that we can boast of.

“(But) what do I know. My mouth keeps putting me into trouble.”

Why not invest that money in Enyimba and turn it into a mega club.A club that will bring in a lot of sponsors and create job opportunities for the youth.Nigeria has no MEGA club side that we can boast of.what do I https://t.co/FxruB4bWSU mouth keeps putting me into trouble. https://t.co/LvfaAKvFBU

Enyeama was Enyimba’s first-choice goalkeeper when the Aba Elephants conquered the domestic and continental scenes in 2003 and 2004.

CHECK IT OUT:  Reno Omokri Reacts To Blackface’s Diss Track To 2baba (See What He Said)

The Super Eagles’ most capped player ever then transversed Europe staring for Israeli and French club before retiring in 2015.