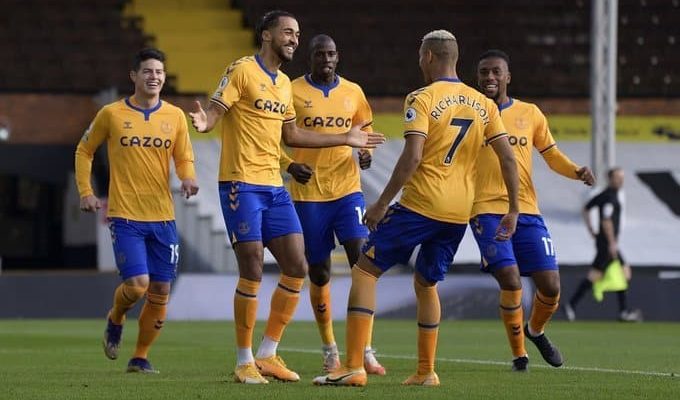 Alex Iwobi gave a brilliant performance as Everton secured their first win in four league games following a victory over a Fulham side that had Ola Aina in the lineup.

Iwobi played in an unorthodox position- a right wing-back- but he never put a foot wrong and even had a hand in Everton’s second.

For Aian and his Fulham teammates, it was another disappointing afternoon as they could’ve gotten a point from the game.

It was Everton who flew out of the blocks with Dominic Calvert Lewin putting the Toffees ahead inside the opening minute. The England international finished off a ball from Richarlison after following an error from Fulham at the back.

Calvert Lewin was at it again as he scored his tenth league goal of the season to double Everton’s lead in the  15th minute.

CHECK IT OUT:  Zlatan Rocks DJ Cuppy At His Concert (Photos)