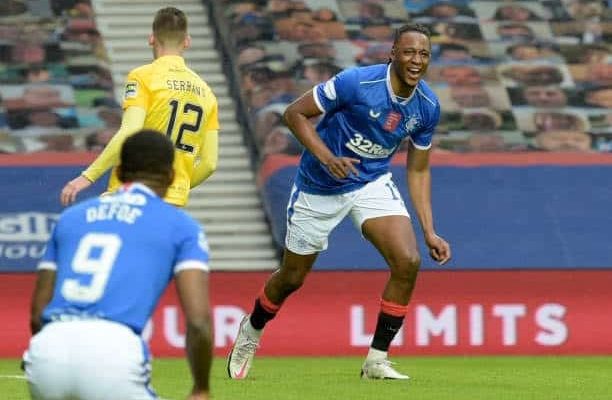 Nigerian internationals Leon Balogun and Joe Aribo helped Rangers crush the resistance of rivals Aberdeen on Sunday with a 4-0 thrashing at the Ibox to tighten their grip at the top of the Scottish Premiership.

Aribo and Balogun, fresh from international duties with the Super Eagles in two disappointing draws against Sierra Leone, were impressive as the Gers extended the gap between them and second-placed Celtic to eleven points.

Second half goals from Tavernier and Arfield added to first half strikes from Kent and Roof to make it a comfortable afternoon for Steven Gerrard’s men who are showing no signs of slowing down after a brilliant start to the campaign.

The Gers last lifted the Scottish top-flight title – their 54th in history – in 2011 but are determined to stop arch-rivals Celtic from claiming a tenth consecutive league title.

Rangers this term look the real deal, having lost none of their first 15 matches, winning 13 games, scoring an astonishing 41 goals while conceding just three.

Nigerian defender Balogun has also featured in eight matches and has been a key part of a defence that is the meanest in Scotland.