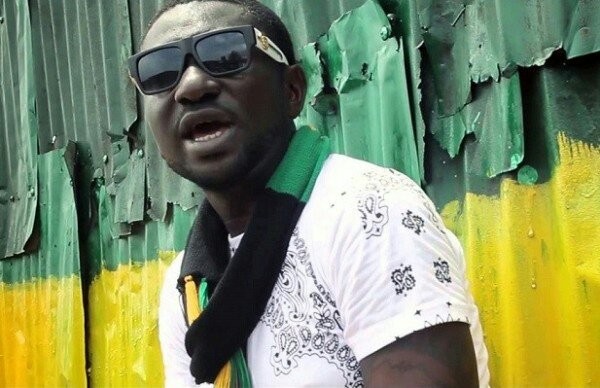 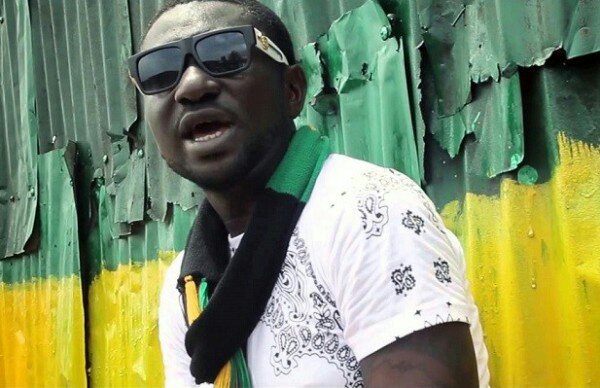 Nigerian singer, BlackFace has called fellow singer, Burna Boy, a fool (Bolor) as he accuses him and Wizkid of song theft.

According to him, “Ginger”, a track on Wizkid’s recent Made In Lagos album was copied from his song “Twist and Turn”.

Blackface’s comment on the blog read, “Yes he did, him and Wizkid turned my song #TwistAndTurn to that wack song called #Ginger with no lyrics, rhymes or style. I made #Imposters for them a week after” 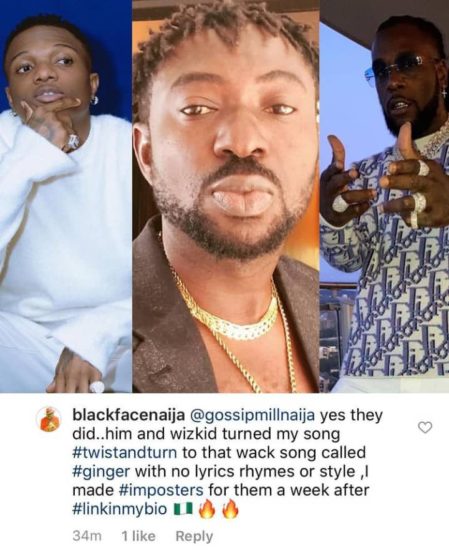 The post Blackface accuses Burna Boy and Wizkid of stealing his song appeared first on .

CHECK IT OUT:  OMG!! Taxi Driver Hangs Himself After Killing Police Officer In An Accident (Photo)