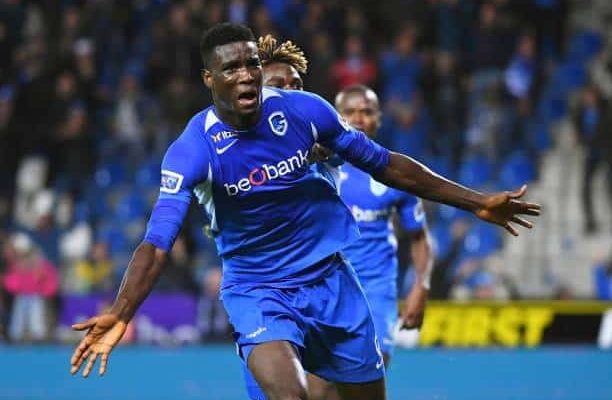 The German tactician is not a big fan of the striker’s style, but the former Midtjylland star once again showed why Rohr should give him a chance as he scored his tenth league goal of the season

It was Onuachu’s tenth league goal of the season. Genk started the game on the front foot, but it was Royal Excel that took the lead against the run of play following a Nuno Da Costa’s strike in the 34th minute.

However, Junya Ito levelled matters for the home side on the stroke of half-time. Genk came out firing after the restart, and they took the lead in the 55th minute.

Onuachu then extended the home side’s lead eight minutes later before coming off for international teammate, Cyriel Dessers in the 87th minute.

His substitution came after Theo Bongonda had rounded up scoring with Genk’s fourth of the match nine minutes before time.

The win lifts Genk to third on the table with 25 points, one point behind leaders, Club Brugge.

CHECK IT OUT:  Disqualification Of Lionheart At Oscars Sad, Unfair – Femi Fani Kayode