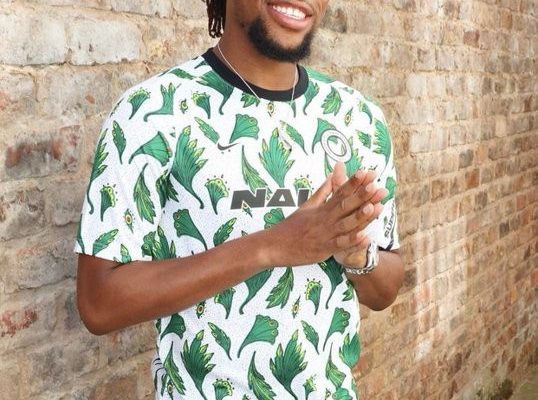 Weeks after the #Endsars protest in Nigeria, the Everton midfielder will now wear a new pair of boots with a message against police brutality

Super Eagles star, Alex Iwobi, has displayed the new boot he will be wearing in football games and it speaks against police brutality.

Last month witnessed movements and protests, calling for an end to police brutality in Nigeria. It was a movement that gained coverage worldwide with several celebrities offering their support.

Iwobi also lent his voice by taking to his social media platforms to call for an end to police brutality. And a month after the protest, the Nigerian international has now partnered with Nike to reveal his new pair boots, which talks against the menace.

The former Arsenal star took to Twitter to reveal the Nike designed black boots with the caption #endpolicebrutality.

Iwobi had an impressive outing in Everton’s victory over Fulham and will hope to continue in the same vein when he turns out in his new boot.