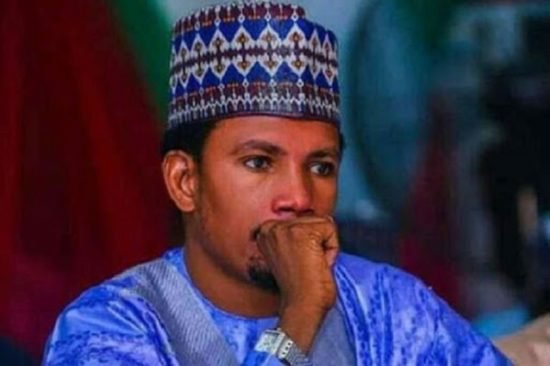 Senator Elisha Ishaku Abbo has announced his defection from the opposition Peoples Democratic Party (PDP) to the ruling All Progressives Congress (APC).

Senator Abbo announced his defection in a letter addressed to the Senate on Wednesday, November 25. 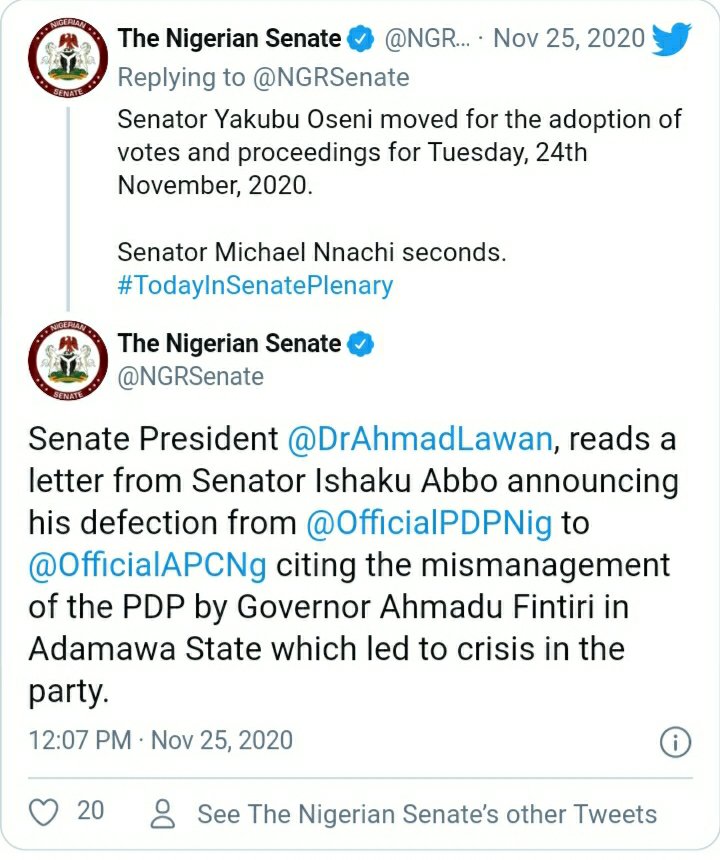 Part of the letter read:

“I write to formally inform you Sir, the Senate, and indeed Nigerians of my defection from the Peoples Democratic Party (PDP) to the All Progressives Congress (APC).

“My Senate President Sir, it is worthy of note that in the history of Nigeria’s Nascent democracy, specifically from 1999 till date, no president has paid attention to the welfare of Nigerian Citizens like President Muhamadu Buhari.
“Thus, in living up to the expectation of the good people of Adamawa North Senatorial District, I hereby defect from the Peoples Democratic Party (PDP) to the All Progressives Congress (APC) with effect from today being Wednesday, the 25th day of November 2020.”

CHECK IT OUT:  Shock As Son Stabs 80-year-old Father To Death In Kano