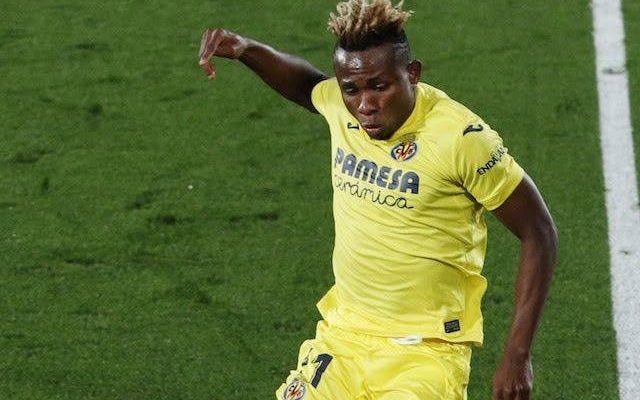 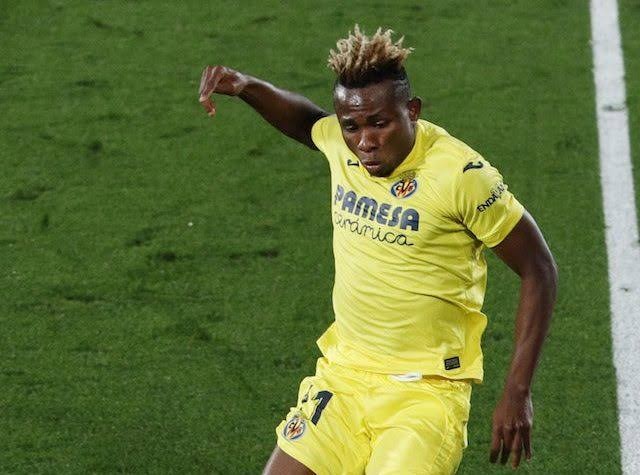 The Super Eagles star is linked with several clubs, but the former Arsenal manager expects him to stay at the Estadio de la Cerámica for now

Villarreal manager, Unai Emery, has revealed that Samuel Chukwueze his currently happy at the club, although he admitted the Nigerian international could leave in the future.

Since he made his debut for the Yellow Submarines in 2018, Chukwueze’s profile has been on the rise and has been linked with many top clubs.

Liverpool are among the many clubs reportedly interested in Chukwueze’s services while Real Madrid are also keen on bringing him to the Santiago Bernabeu.

According to an earlier report from Soccernet, the Spanish champions are ready to bid for the former Golden Eaglets star after he impressed over the weekend.

However, speaking ahead of Villarreal’s Europa League clash against Maccabi Tel Aviv, Emery insists Chukwueze is settled at the club, and there’s no reason for him to leave now.

“We are very happy with Samuel Chukwueze,” Emery told Babatunde Ojora. He is growing up with us here in this club.

And his performances are getting better little by little. But above all, we want to achieve with him our performance with his skills, his capacity.

“And he has I think a very good future and then trying to add his performance to our team and to the national team.”

But despite saying the Nigerian is settled at the club, Emery believes Chukwueze can still try his skills in another league in the future.

CHECK IT OUT:  Chelsea Given A Major Boost As Hudson-Odoi Returns To Full Training

“Maybe in the future, he can go unto another league to grow up more. But I think he’s very happy here with us, Emery concluded.