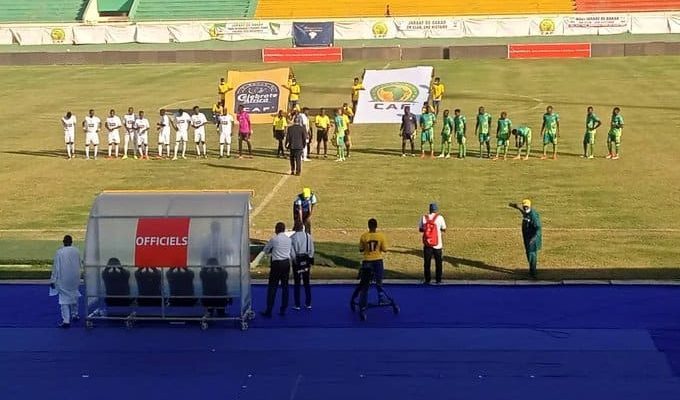 Kano Pillars fell to a 3-1 defeat away to Senegalese side ASC Diaraf in the first leg of their CAF Confederations Cup matchup on Saturday.

The victorious home side was buoyed by strikes from Joseph Bassene, Mohamed Diallo, and Pape Ndiaye.

Sai Masu Gida, though, boosted their chances of overturning the result in the second leg in Kano next week after David Ebuka’s away goal handed them a foothold in the tie.

See you guys again in the second leg next weekend.

In the other game involving a Nigerian side, Equatorial Guinea’s Futuro Kings secured a thrilling 2-1 win at home to Rivers United.

Welcome to our live update from Mongomo.

Results of CAF Confederations Games played across the continent:

CHECK IT OUT:  Do You Agree?? I Am The Best African Player Ever – Samuel Eto’o