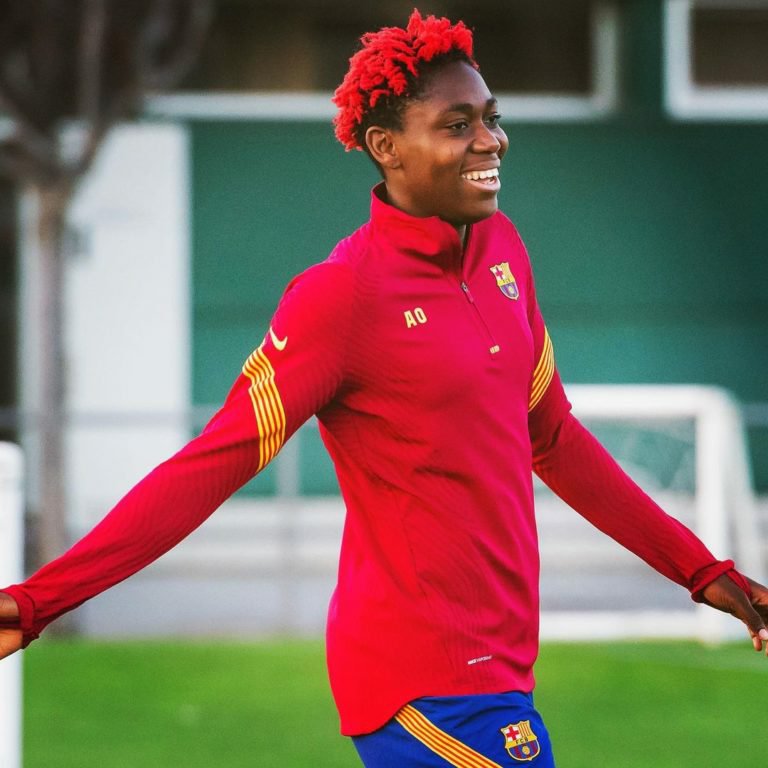 The Nigerian and Barcelona football player is the only African representative who was nominated for the 2020 UEFA Women’s Champions League fans “Women’s Team of the Year” in the forward category.

According to UEFA, “the nominees are proposed by the editorial team before being validated by the Technical Observer panel on the basis of their performances in UEFA competitions and domestic competitions within UEFA member associations from January to December 2020”, and the UEFA Team of the Year is chosen to “reflect the votes of the fans in parallel with players achievements over the course of the calendar year, moderated by the UEFA Technical Observer panel.” 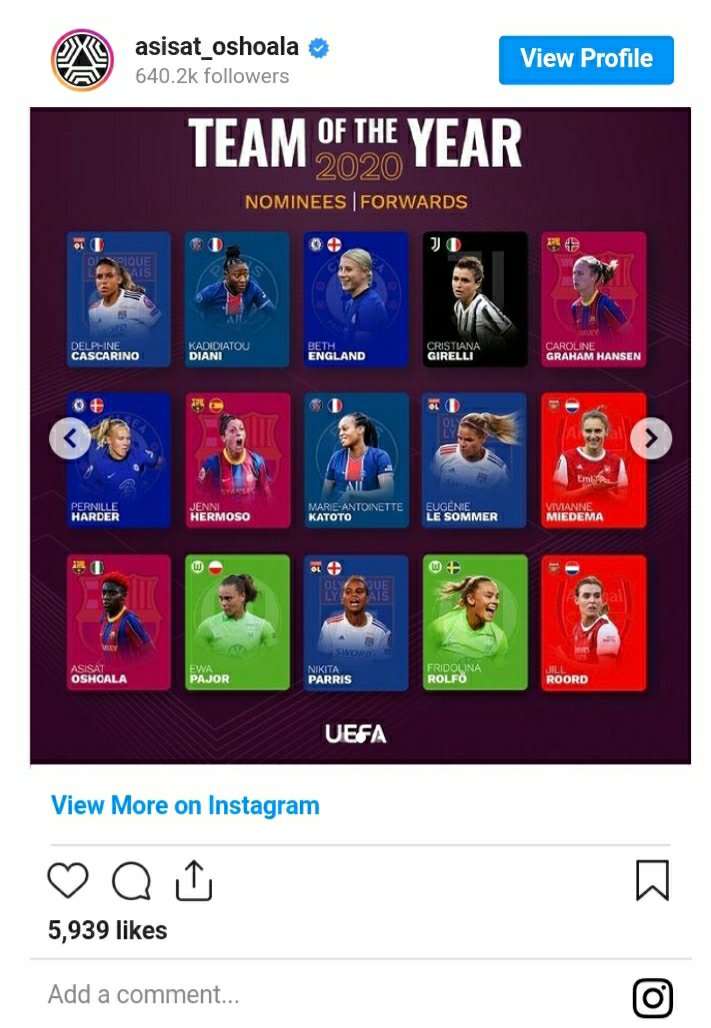 The post Asisat Oshoala Nominated for 2020 UEFA Women’s Team of the Year appeared first on .

CHECK IT OUT:  I Have Nothing To Do With Sanusi’s Dethronement – Buhari Says