Rochas Okorocha says President Buhari should fire the people he hired to work for the country because they have failed - NaijaCover.Com
Skip to content 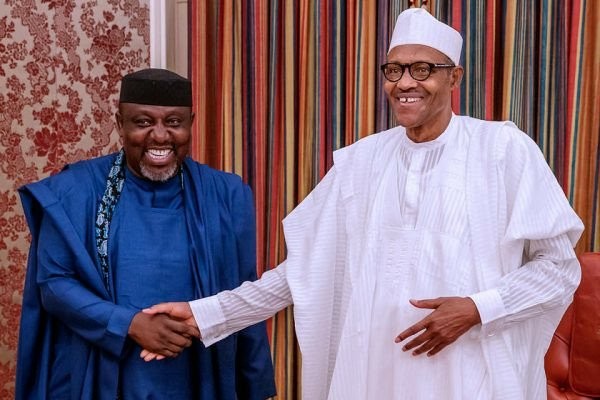 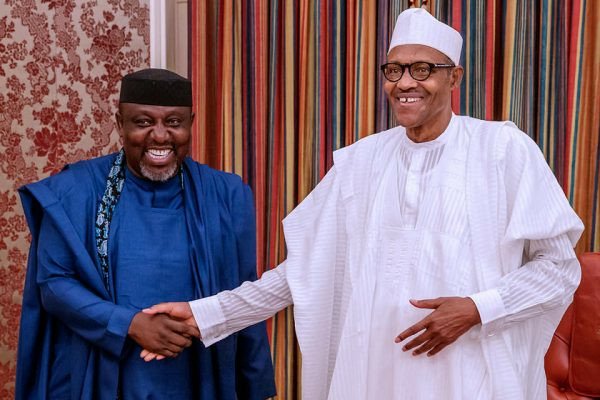 Former Governor of Imo state, Rochas Okorocha has asked President Buhari to sack his cabinet members for failing in their duties.

Okorocha made the call in Lafia, the Nasarawa State capital, when he paid a condolence visit to Governor Abdullahi Sule at the Government House and the family of the late state chairman of the ruling All Progressives Congress (APC), Mr. Phillip Tatari Shekwo, who was murdered by gunmen.

“President Muhammadu Buhari should fire the people he hired to work for the country because they have failed and are not performing in the national assignments given to them.

“He should do the needful to save the nation from the insult on the leaders. The people are angry about the recent events in the country.

“The culprits who killed people in Borno, the people in Nasarawa and other parts of the country should be arrested and prosecuted. The killing of people by gunmen should not happen again. It is an insult on the country.

“President Buhari should hire competent hands to develop the country as many other countries suffered similar fate before they experienced growth and development.”

Okorocha appealed to citizens of the country to be patient and cooperate with the Federal Government to reduce unemployment and hunger in the land.

Governor Sule on his own part said three suspected criminals linked to the murder of the late APC chairman were killed by the military, while another one was arrested few days ago.

CHECK IT OUT:  Entertainers Have Power To Curb Drug Abuse – Saidi Balogun

He revealed that one of the suspects reportedly confessed to killing Shekwo, adding: “We are waiting for the report from the police.”

The post Rochas Okorocha says President Buhari should fire the people he hired to work for the country because they have failed appeared first on .