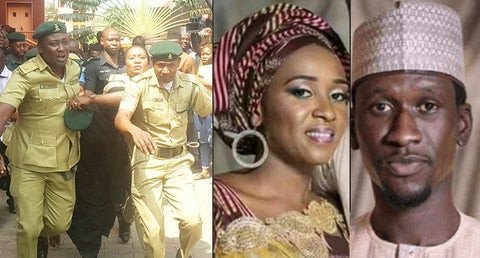 The Court of Appeal in Abuja has upheld the death sentence of Maryam Sanda.

Sanda had on November 19, 2017 stabbed her husband, Bilyaminu who was a son of former Peoples Democratic Party National Chairman, Dr Haliru Bello, to death following an allegation of infidelity against him after seeing a text message on his phone.

Maryam was arrested and arraigned in court by the police.

In January 2020, she was found guilty of murder by the Federal High Court Abuja and was sentenced to death by hanging. Read here.

Dissatisfied with the ruling, Maryam in February 2020, filed an appeal against the death sentence. She asked the Court of Appeal in Abuja to set aside the verdict and acquit her, on grounds that Justice Yusuf Halilu who handed her the death sentence was “tainted by bias and prejudices.”

She also alleged she wasn’t given a fair hearing and was convicted on circumstantial evidence by the trial judge who reportedly failed to rule on her preliminary objection, challenging the charge preferred against her.

A three-man panel of the court, in a judgment delivered on Friday, December 4, dismissed Ms Sanda’s appeal for lacking in merit.

Her counsel, Joe Gadzama SAN, however, said they are heading to the Supreme court, while Counsel to Police, James Idachaba, praised the judgment and said they are also ready to meet Maryam and her legal team at the apex court.