Emmanuel Adebayor accuses ex-girlfriend Dillish Mathews of being a liar and cheat as he narrates what she allegedly did when they were together - NaijaCover.Com
Skip to content 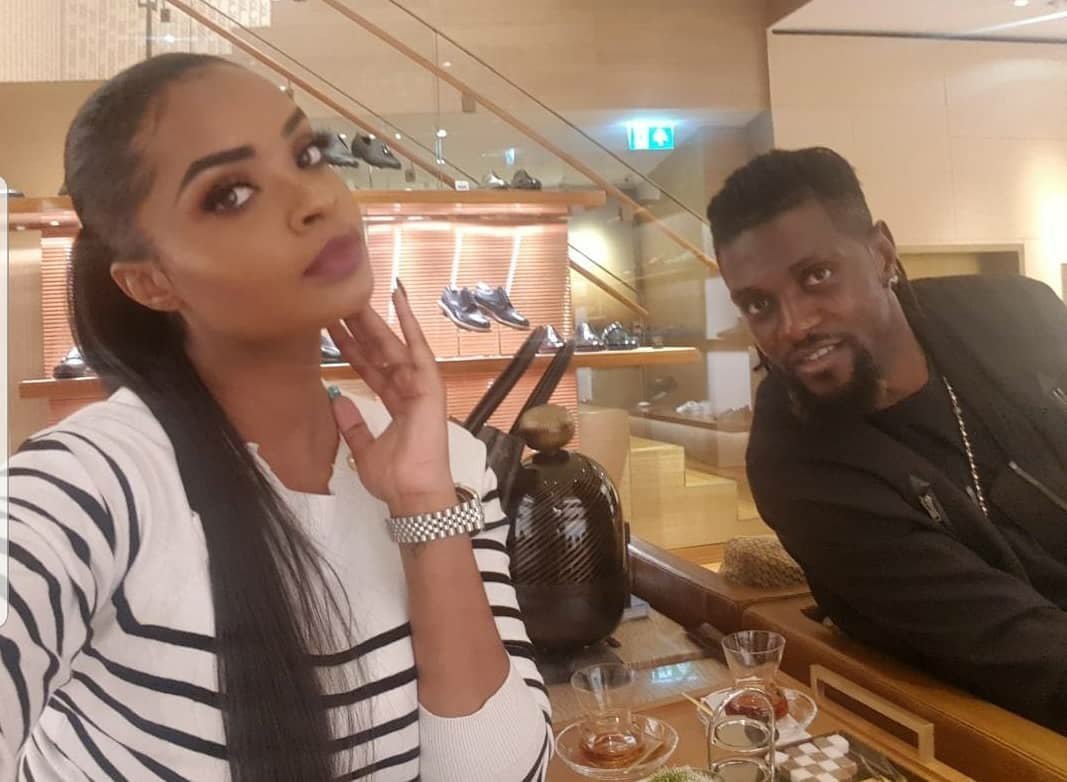 Emmanuel Adebayor has accused ex-girlfriend Dillish Matthews of a number of things, including deception and cheating.

The Togolese professional footballer who dated Big Brother Africa 8 winner Dillish made the accusations on his Instagram Stories and tagged it “Pay Back Friday”.

He told the story of a girlfriend who lied that she was travelling to Namibia only for him to discover she was in Angola and when asked, she said she “doesn’t know how she got there”.

He also claimed the same girlfriend introduced a man to him as her uncle but he discovered months later that he’s not related to her.

He also recounted sending money to the girlfriend to share to her family only to discover her family got nothing and she shared it amongst her friends.

He said the same girlfriend had the audacity to call him stingy.

He accused her of being narcissistic and claimed she has “bipolar and personality disorder.”

At the end of his “short story” he revealed he was talking about Dillish with the hashtag #DillishDribbledAdebayor.

Read his posts below. 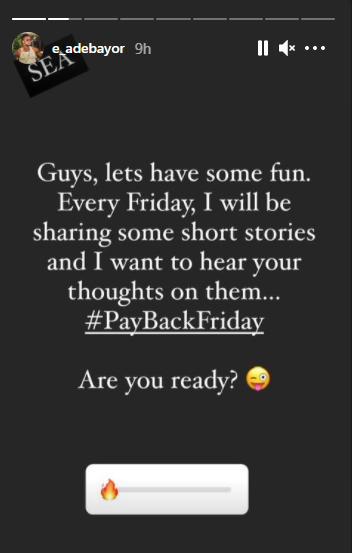 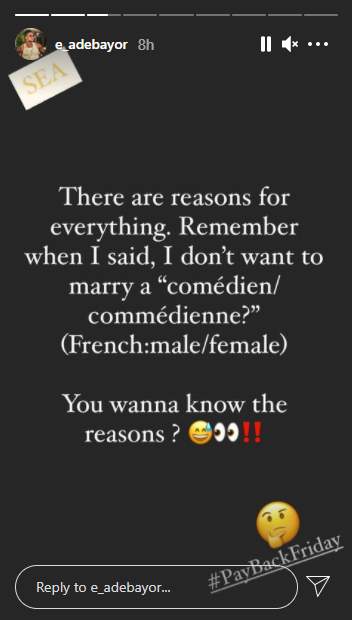 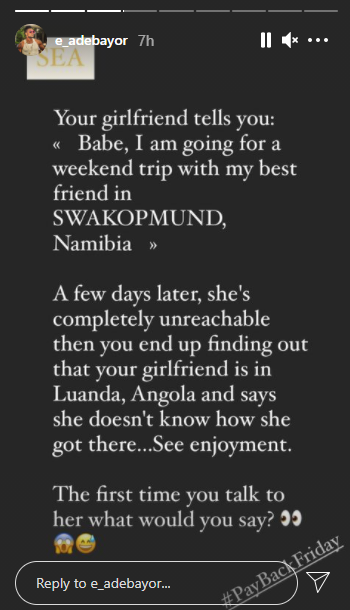 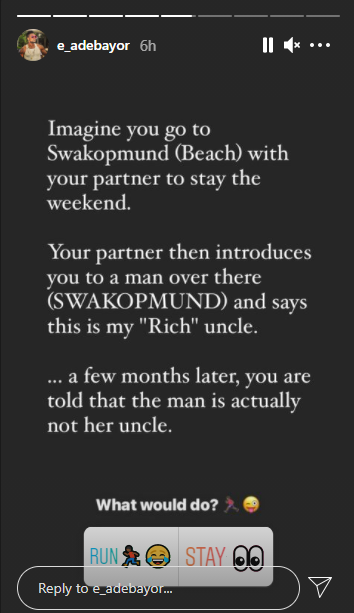 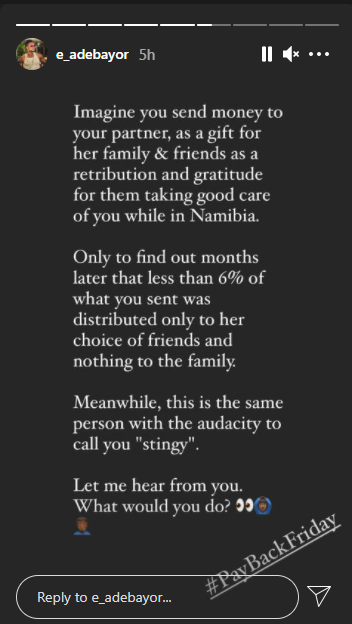 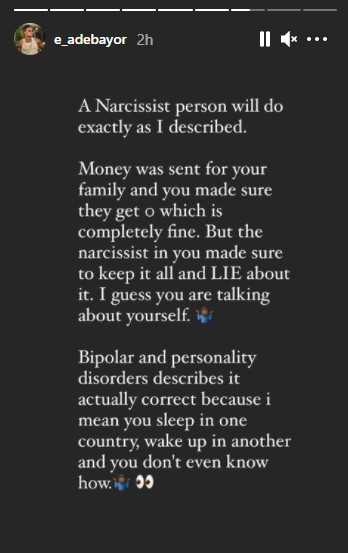 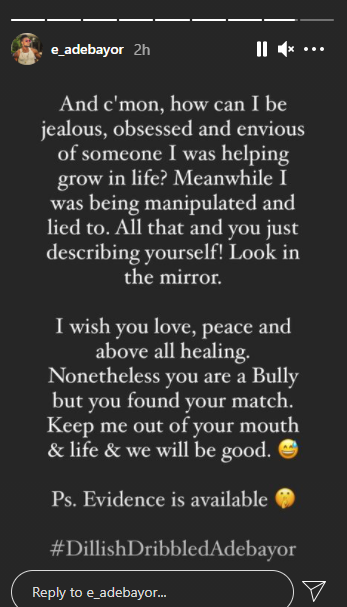 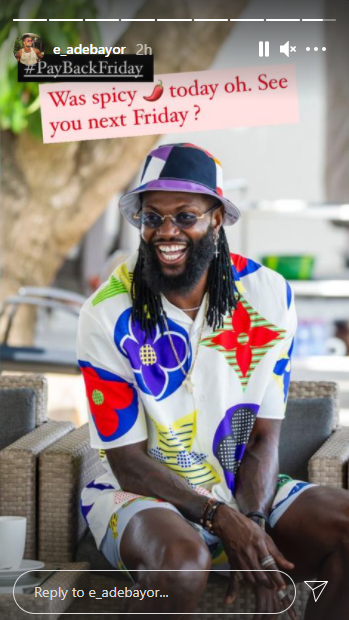 The post Emmanuel Adebayor accuses ex-girlfriend Dillish Mathews of being a liar and cheat as he narrates what she allegedly did when they were together appeared first on .

CHECK IT OUT:  Davido Revealed He And Late Juice Wrld Has A Song Together Before He Passed On Yesterday