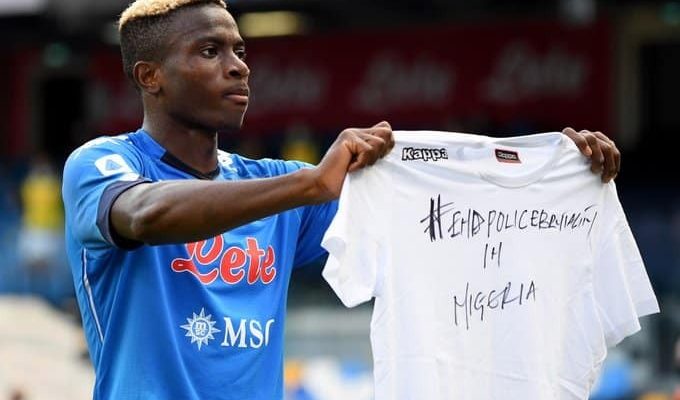 Napoli has accused the Nigerian team doctors of their unprofessionalism in the treatment of the injured Victor Osimhen.

Osimhen picked up a shoulder injury in Nigeria’s dramatic 4-4 draw against Sierra Leone at the Samuel Ogbemudia stadium last month.

The former Lille striker, who subsequently missed the return leg, was stretchered off after an awkward fall mid-way through the second half.

Although he returned to his club base immediately, it appears the initial treatment given by the Super Eagles team doctors was not correctly done.

According to Tuttosport per football Italia, Napoli’s medical team are unhappy with how the Nigerian team doctors tried to pop the dislocated shoulder back into place.

The Gli Azzuri claimed Osimhen has fully recovered from the dislocated shoulder, but he still can’t lift his hands due to the initial treatment he received on international duty.

And as a result, it has extended his recovery time, which has left Napoli angry. Osimhen has played eight games in all competitions for Gennaro Gattuso’s men, scoring two times in the Serie A.