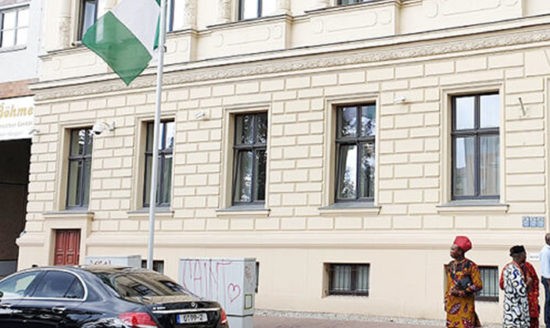 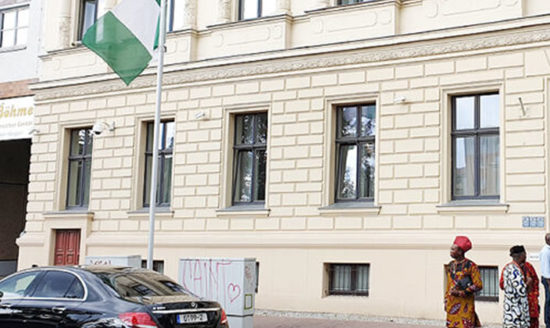 The Nigerian Embassy in Germany has sacked a security guard, Martins Oni, found guilty of sexual abuse and other criminal activities.

Last month, footage on social media showed Oni in a hotel room half-naked arguing with an unknown person who accused him of demanding sex from females who applied for passport renewals.

The Embassy had suspended Oni while the Nigerian Ambassador to Germany, Yusuf Tuggar­, had ordered an investigation into the incident.

Giving an update on Tuesday, the Embassy, in a statement, said the probe committee found Oni guilty of the allegations.

The statement partly read, “The Investigation Committee interviewed Mr Oni and other witnesses as part of a thorough examination of these very serious charges.

“It concluded that Mr Oni was culpable and in violation of all the relevant codes.

“As a result, Mr. Martins Adedeji Oni’s contract with the Embassy as a Local Staff has been terminated.”

The Embassy, while thanking the public for exposing the unethical former employee, stressed its zero-tolerance policy towards all abuses of office, and especially of sexual misconduct.

CHECK IT OUT:  “My New Chain Costs 2M, I Bought It Today In Yaba” – Speed Darlington Says As He Flaunts His New Jewellery