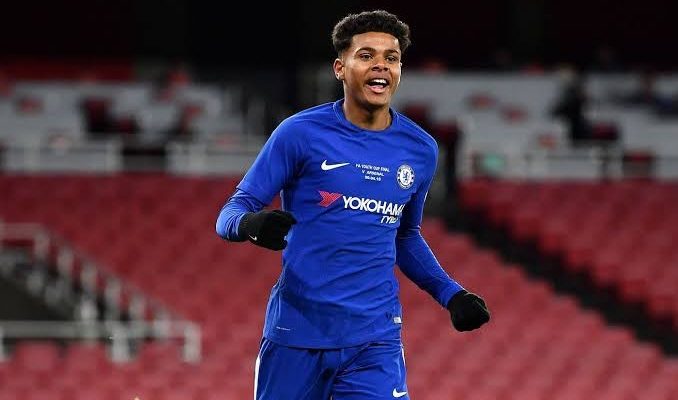 Faustino Adebola Anjorin made his Champions League debut for Chelsea to help the Blues claim a 1-1 draw against Krasnoder at Stamford Bridge on Tuesday night.

The England youth international logged logged 80 minutes before making way for Olivier Giroud and was impressive as Frank Lampard’s men finished their Champions League Group E fixtures without a loss.

“In training he’s shown since last season a real ability to step straight into the level. He showed it today, the way he moves the ball quickly and his physical attributes.”

Elsewhere at the Stadio Olympico, Emmanuel Dennis was benched throughout while David Okereke was an 84th-minute substitute as ten-man Club Brugge fought out a 2-2 draw with Lazio.

But the result was not enough to lift the Belgian champions into the next round of the UEFA Champions League.

After finishing third, despite losing only two matches during the group stages, Club Brugge will be playing their remaining continental games this campaign in the Europa League.

In Russia, Borussia Dortmund secured a comeback 2-1 win against Zenit St Petersburg in a match that saw kidwonder Youssouf Moukoko break Celestine Babayaro’s 26-year-old record to become the youngest ever player to debut in the Champions League.

CHECK IT OUT:  FREEDOM!!! Policemen Regain Freedom In Rivers 2 Months After Abduction