Buhari is not in charge, kidnap of schoolboys in his home state is a slap on his face – Soyinka - NaijaCover.Com
Skip to content 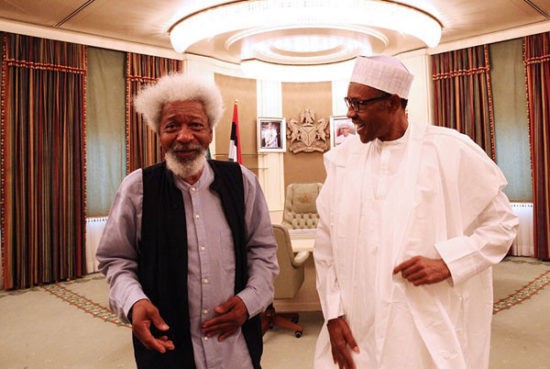 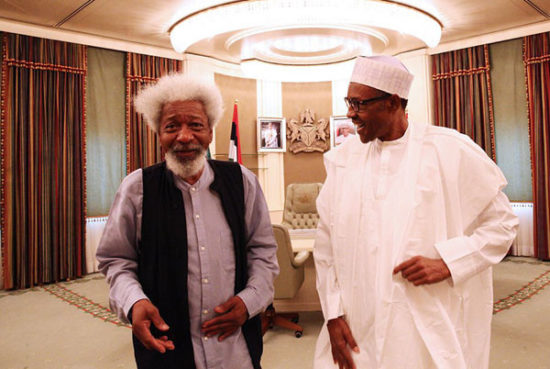 Nobel Laureate, Wole Soyinka has reacted to the kidnap of schoolboys from a Government Secondary School in Kankara community of Katsina State; home state of President Buhari.

In a statement titled “INFRADIG–A presidential comeuppance”, the playwright stressed that President Buhari is not in charge as the “abduction once again of the nation’s children” in his terrain is “a slap across the face of the Commander-in-Chief”.

Recalling how President Buhari declined appearing before the National Assembly to answer questions of the rising insecurity in the country, Soyinka stated that such action is “frightening”.

“That, to come to the present, constituted Buhari’s response to the National Assembly’s invitation to drop in for a chat. He did not consider it infradig at the beginning. He responded to the polite invitation to rub minds urgently over a people’s security anxieties as one who still struggled to preserve the tattered remains of his ‘Born-Again’ democratic camouflage.

“However, his reversal of consent raised yet again the frightening situation report I have fervently posed: Buhari is not in charge. Whoever is, that segment of the cabalistic control obviously cornered him on the way to the lawmakers’ chambers and urged: Don’t! Their invitation is infradig! He succumbed.

“Beneath the dignity of a Commander-in-Chief! Well. The opportunistic homicidal respondents -Bandits/Boko Haram or whoever – thereupon picked up the gauntlet and provided a response in their own language: abduction once again of the nation’s children. They handed him a slap across the face, on his home terrain, taunting: See if that is more suited to your dignity.”

CHECK IT OUT:  Highlife Legend, Dr Victor Olaiya Is Dead

The post Buhari is not in charge, kidnap of schoolboys in his home state is a slap on his face – Soyinka appeared first on .