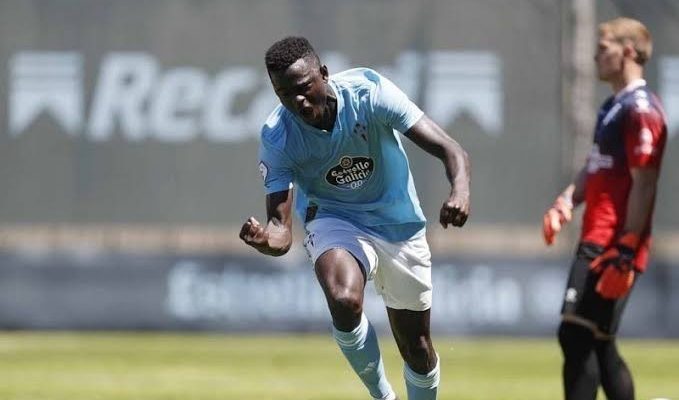 The 2020-21 Copa del Rey kicked off its First Round of matches on Tuesday night with a few Nigerian stars on parade for their respective clubs.

Nigerian attacker Emmanuel Apeh came off the bench to score his first-ever goal for Tenerife as the Segunda Division side needed extra-time to overcome the challenge of Tercera Division club Sestao River.

Full-time scores stood at 0-0 before Shashoua and Apeh struck in the 99th and 103rd minutes respectively, to guide the visitors past their stubborn opponents and into the next round of the competition.

Elsewhere at the Estadio La Solana, Kelechi Nwakali and Kevin Omoruyi were on hand to help La Liga side Huesca avoid an embarrassing outing at lowly Marchamalo with a 3-2 extra-time victory.

Nwakali was introduced into the encounter at the start of the second half, with his side leading thanks to Rafa Mir’s ninth-minute goal.

But the home side equalized just past the hour mark through Carlos Fernandez to force the game into extra time.

But Rafa Mir completed his hat-trick in the 94th and 113th minutes shortly before Spanish-born Nigerian teenager Omoruyi made his bow for Huesca.

Jose Cerro still had time to get a second goal for the hosts, but Huesca held on to book their place in the second round of the Copa del Rey.

At the Estadio o Couto, Kenneth Omeruo returned to Leganes starting eleven for the first time in six weeks, and he lasted 74 minutes as the Cucumber Growers claimed a 1-0 extra-time victory over Ourense.

Sergio Gonzalez’s 102nd-minute effort was all Leganes needed to power into the cup competition’s next phase.

Ourense paraded Nigerian defender Ebuka Nwenyi, and the youngster was immense at the heart of the home side’s defence. Still, a lack of cutting edge upfront denied the home side the chance to embark on a fairy tale run in the Copa del Rey.