Davido cancels DMW live in concert due to safety of fans - NaijaCover.Com
Skip to content 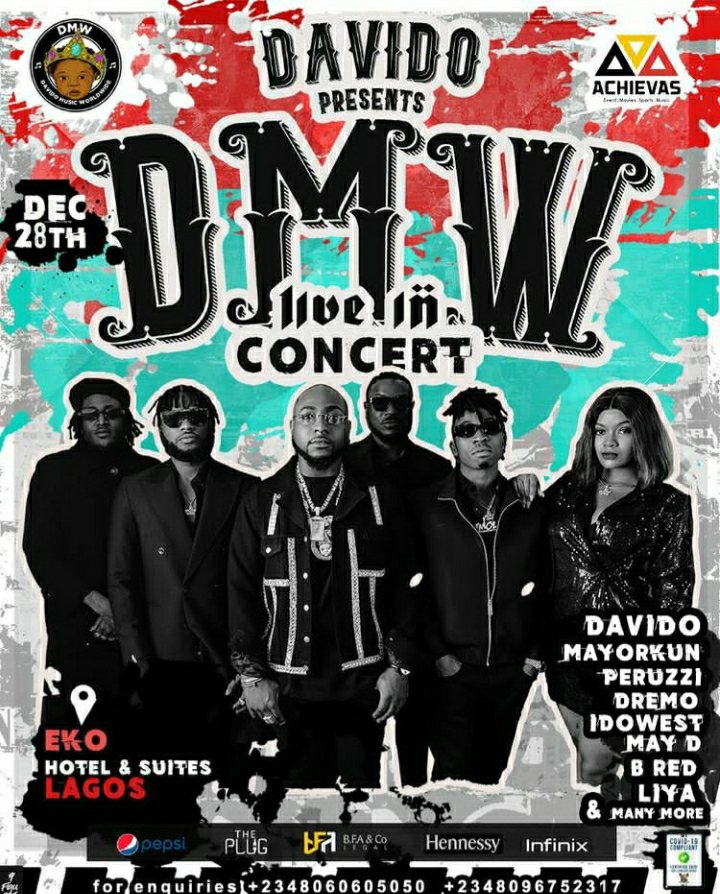 Nigerian singer, Davido, recently took to social media to announce that the highly anticipated DMW live in concert billed to happen on December 28, which fans had been eagerly looking forward to has been cancelled.

In the post which he shared on Instagram, the father of three said the decision was difficult but had to be made due to the increasing COVID-19 cases in Lagos.

Davido also mentioned that although the crew was disappointed, the well being of their fans and employees was of paramount importance.

The singer finally thanked those who had already bought tables and hoped that the concert would eventually happen in the future.

“Following increased and overwhelming concerns with the rise of Covid-19 cases in Lagos, we have made the difficult decision to cancel the upcoming ‘Davido Presents DMW Live In Concert’ scheduled to take place on Dec 28th. The health and well-being of our fans, employees and artists is of paramount importance so whilst we are disappointed, we know it is the right thing to do.” 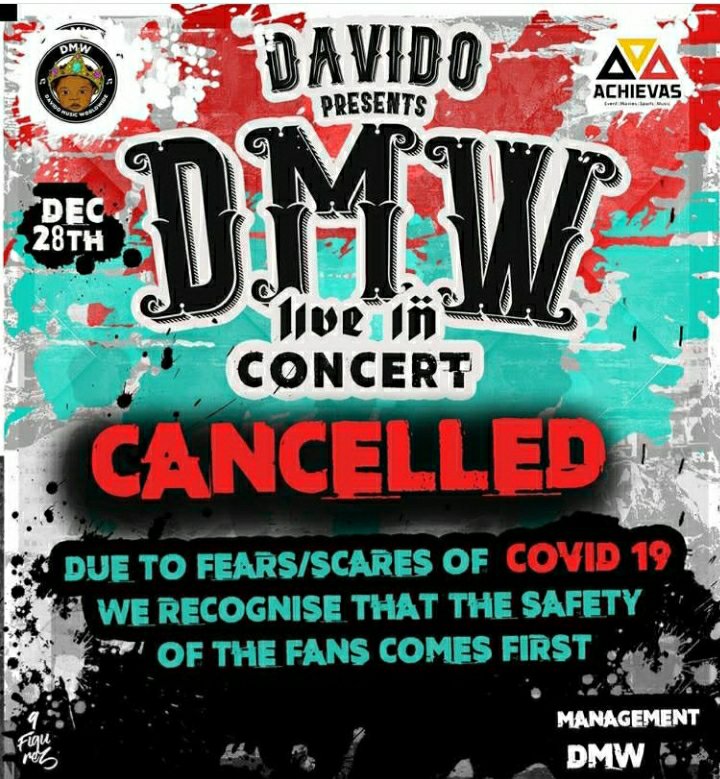 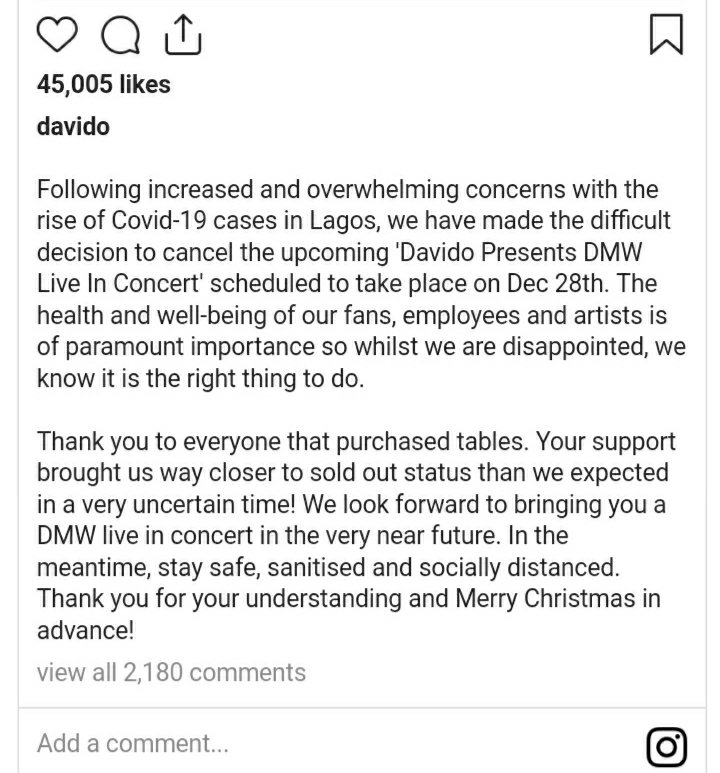 The post Davido cancels DMW live in concert due to safety of fans appeared first on .

CHECK IT OUT:  Soldier Arrested For Allegedly Killing A Police Inspector In Cross River