I sacrificed myself despite corruption allegations, says Goodluck Jonathan - NaijaCover.Com
Skip to content 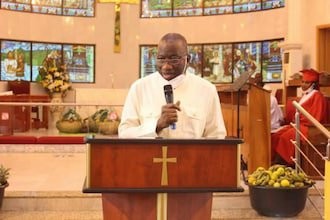 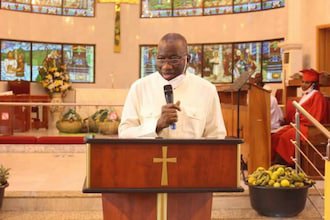 Goodluck Jonathan has opened up on how he was labelled corrupt, with the former president saying he almost went into political oblivion if not for the grace of God.

Jonathan made this remark on Tuesday, December 15, in Abuja during a book launch in his name titled “Dear President Goodluck Jonathan.”

The book, which was written by a veteran journalist, Bonaventure Melah, captures the former president’s life in the office.

Jonathan ruled between 2010 and 2015 when he was finally defeated by the incumbent President Muhammadu Buhari of the All Progressives Congress (APC).

Speaking, the former president said he and some members of his cabinet are still being haunted by the allegations of corruption which were levelled against them.

He, however, noted that the wrong perception about him is gradually changing as God did not allow him to perish politically, The Cable reports.

Jonathan further maintained that he sacrificed himself when he was being pressured by political associates to sack Aruma Oteh as the director-general of the Security and Exchange Commission (SEC) in 2012 in order “to appease the federal lawmakers whom Oteh had accused of corruption.”

“That is the problem myself and some members of my cabinet are still suffering since the beginning this administration when we were all tagged corrupt people.
“But I thank God that people can come together to celebrate me today. It is God. Otherwise, I would have been completely buried (politically).

“When my close political allies, advised me to sacrifice Arunma Oteh so that I don’t have problems with the house of representatives.
“I said I won’t sacrifice any Nigerian just for me to be in the good books of the lawmakers. Rather, I would sacrifice myself. I took that decision because I was convinced she was not corrupt.”
Jonathan on 2023 presidency

CHECK IT OUT:  Revealed: FBI Arrested Invictus Obi At The Airport Just Before ‘Escaping’ US – Risks 20 Years In Prison

The former president said it is too early to talk about his interest in the 2023 elections, saying there are still other issues to focus on ahead of the next general election.

According to him, there are many important issues which the country must address before shifting attention to new presidency.

The post I sacrificed myself despite corruption allegations, says Goodluck Jonathan appeared first on .