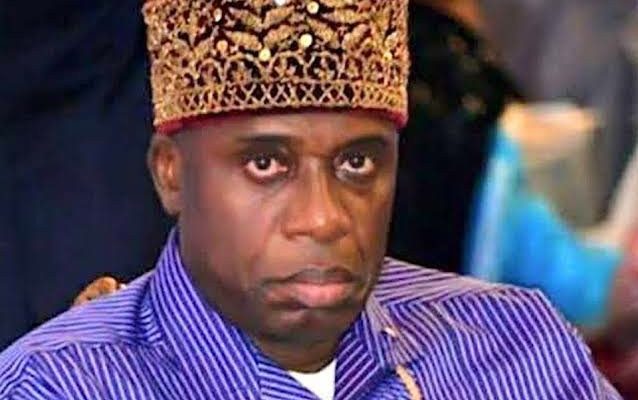 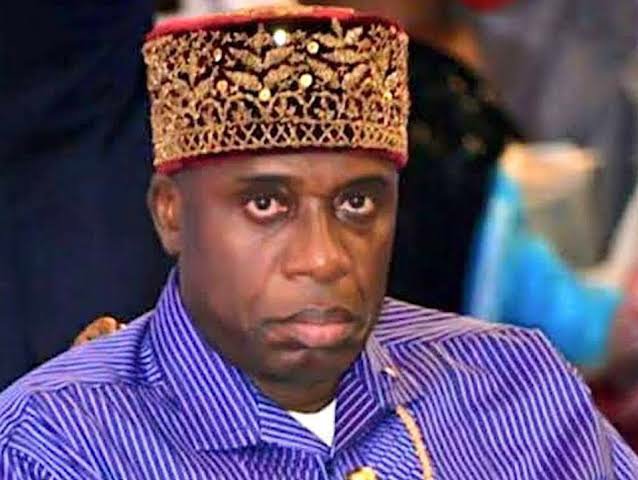 Transport Minister and former Governor of Rivers state, Rotimi Amaechi has been suspended from the All Progressives Congress (APC) by the Igo Aguma-led faction of the party in the south-south state.

Amaechi was suspended alongside the factional Caretaker Committee chairman of the party Isaac Ogbobula, days after the faction of the party which is loyal to the Minister suspended Senator Magnus Abe, Igo Aguma, Livingstone Wechie, Wogu Boms and all caretaker committee leaders inaugurated by Aguma.

Aguma in a statement signed by his Media Adviser, Livingstone Wechie, also said the APC had written to the Rivers State Electoral Commission (RISIEC) to declare its readiness to partake in the forthcoming local government election in the state.

Chief Victor Giadom and Senator Andrew Uchendu were also expelled from the party, as announced by Aguma who said the decision was taken at an extraordinary Executive meeting he presided over in Port Harcourt, the state capital.

“The State Executive Committee also accepted and ratified the decision of the State Disciplinary Committee to uphold the indefinite suspension of Isaac Ogbobula by the Ward 10 and LGA Executive of Ahoada-East Local Government Area of Rivers State. Isaac Ogbobula is hereby suspended indefinitely from APC Rivers.

“The state chairman briefed the executive committee meeting that he received communication from the APC executive of Gokana LGA to the effect that both Ward 16, Bera and the Gokana LGA chapters of the party have expelled Chief Victor Giadom from the APC as well as a report from Emohua LGA chapter that both Ward 4 and Emohua Local Government chapter of the party in Rivers State has suspended Senator Chief Andrew Uchendu from the APC.

“The executive committee referred both reports from Emohua and Gokana Local Government Areas on Chief Victor Giadom and Senator Andrew Uchendu to the State Disciplinary Committee for further action in line with Article 21 of APC Constitution.

CHECK IT OUT:  Senator Ademola Adeleke’s Life Is In Danger – PDP

“The state caretaker committee also expressed commitment to work assiduously to bring the party to reckoning in Rivers state. We, therefore, urge our teeming members and supporters to stay focused as we collectively usher in the new dawn of APC in Rivers state.”