Comedian Basketmouth reveals what he would do if he was president for 1 week - NaijaCover.Com
Skip to content 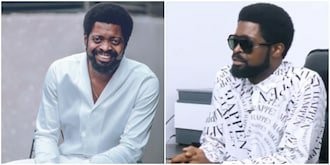 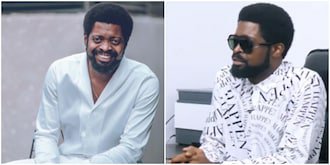 Top Nigerian comedian and actor, Bright Okpocha, popularly called Basketmouth has said that if he was president for a week, he had a series of questions to ask.

In a recent interview with Legit.ng, Basketmouth revealed that he would ask why a country that had such a huge population could not produce anything, but rather imported everything up to onions.

The comedian noted that he would also ask why it was so easy to negotiate for the abducted boys to get them released and not the girls.

The funnyman also talked about how the service chiefs were able to show up heavily armed to harmless people but not in Sambisa forest.

The star further said he would demand an explanation from the people who built the fast train that moved like a snail.

Bright conclusively said that if he were president he would not close the border.

The post Comedian Basketmouth reveals what he would do if he was president for 1 week appeared first on .

CHECK IT OUT:  Do You Agree? Well-Meaning Nigerians Will Acknowledge That Power Supply Has Improved Compared To 2015 – Fashola