Nigerians Abroad: Ajayi Has A Night To Forget As Sanusi Stars In Porto’s Win - NaijaCover.Com
Skip to content 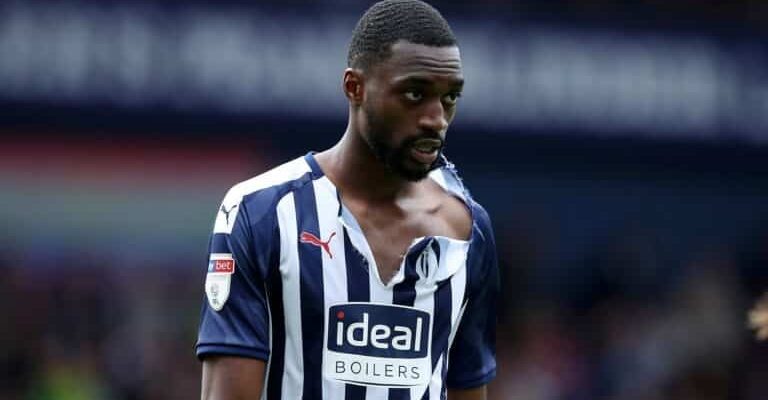 The former Rotherham defender helped West Brom to an impressive 1-1 draw at Liverpool on Sunday, but he could not continue in the same vein on Tuesday night as the Baggies were taught a football lesson

Semi Ajayi made his 15th premier league appearance of the season, but it was a night he would want to forget as West Brom were thrashed 5-0 at home by Leeds United.

The 27-year-old scored the equaliser for West Brom in their draw against Liverpool on Sunday, but he could not do anything to stop a rampaging Leeds United side.

A comical own goal from Romaine Sawyers in the ninth minute gave Leeds the lead before Ezgjan Alioski made it two in the 31st minute.

Jack Harrison then scored Leeds third in the 36th minute before Rodrigo got on the score sheet to give Marcelo Bielsa’s men a four-goal lead at half-time. Raphinha then made it a five-star performance after he scored Leeds fifth of the night.

Ajayi was on the pitch for the entire duration of the thrashing, although he had some good moments, winning three of his duels and making three clearances.

While Ajayi was on the losing side, Zaidu Sanusi brilliant start to the season continued as he helped FC Porto to a thrilling 3-2 win at Vitoria SC.

It was Sanusi’s ninth league appearance of the season, and he never put a foot wrong. The 23-year-old was solid at the back, winning six duels while he also made one clearance.

However, it was Vitoria that drew the first blood in the seventh minute courtesy of a strike from Rochinha. But Mehdi Taremi drew Porto level three minutes before the break.

CHECK IT OUT:  What I Want For My Birthday – Singer Omawumi

Oscar Estupiñan then put the home side ahead again in the 63rd minute. However, Taremi scored his second of the night to restore parity once again for the Champions.

The turnaround was then complete in the 80th minute as Luis Diaz scored the winner for the Dragons. Sanusi was on the pitch for the entire duration of the thriller.

Meanwhile, in La Liga, Samuel Chukwueze was a second-half substitute in Villarreal’s 2-0 loss to Sevilla at the Ramón Sánchez Pizjuán Stadium.

It was Chukwueze’s 15th league start of the season, although he has only started in six of them. Goals from Lucas Ocampos and Youssef En-Nesyri ended the Yellow Submarines 18-game unbeaten run.