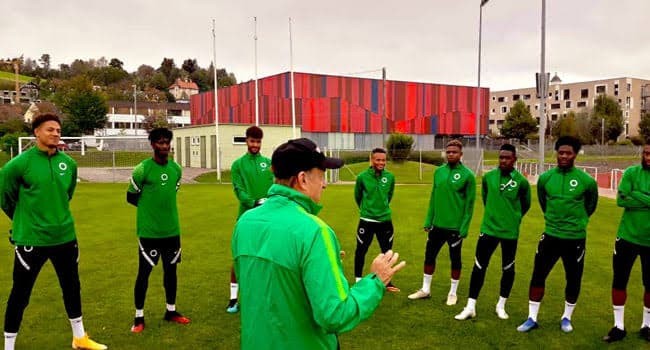 The Franco-German tactician has had to face severe criticism in recent times for his side’s poor performance, but he is pleased with the work he is doing with the former African champions

Super Eagles head coach Gernot Rohr says he is pleased with how far he has come with the task of rebuilding the Nigerian national team following the retirement of key figures like Victor Moses and Mikel Obi.

Three influential figures have quit the Super Eagles over the past couple of years, with Manchester United’s Odion Ighalo, Stoke City’s Mikel Obi, and Chelsea’s Victor Moses saying their goodbyes.

Moses called time on his international career a month after the 2018 World Cup, while former Blues man Mikel announced his retirement shortly after captaining the Super Eagles to a third-place finish at the 2019 Africa Cup of Nations.

Ighalo, Nigeria’s top goalscorer during the qualifying rounds of the 2019 AFCON and also the top marksman at the tournament proper in Egypt last year, has also left the Super Eagles.

But Rohr has been able to steady the ship by introducing youngsters like Villarreal’s Samuel Chukwueze and Napoli’s Victor Osimhen to take the departed stars’ place.

This development has brought down the average age of the three-time African champions, a fact which is not lost on the team’s head coach.

“We have the youngest team in Africa at the moment, some experienced players like Victor Moses or John Obi Mikel have ended their careers,” Rohr said to Mannheimer Morgen.

“As a result, the upheaval is in full swing, but it’s going well: our young players have great qualities.

CHECK IT OUT:  APC Group Backs Call For Oshiomhole’s Sack

“In qualifying for the Africa Cup, we are at the top of our group ahead of Benin and need one point from two games. We’d have to do that.”

Nigeria return to AFCON qualifying action in March when the team square up against the Benin Republic and Lesotho, needing just one point from those two games to book her ticket to Cameroon 2021.