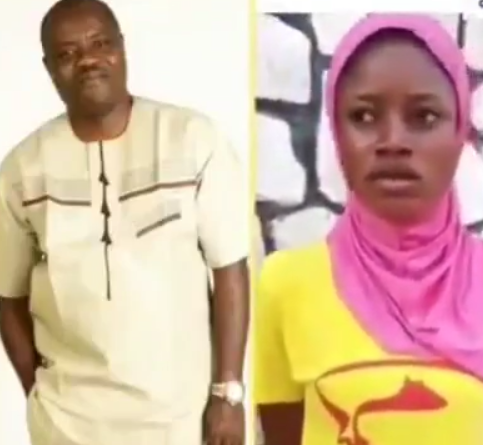 Barakat Melojuekun, in a Facebook video post that has now gone viral, alleged that the commissioner connived with her uncle and a teacher from another secondary school to lure her to his house, where he allegedly sexually harassed her by touching her breasts.

The commissioner released a statement denying the allegation. He described the video as “teleguided” and “political blackmail by my adversaries.”

However, in a statement issued on Sunday January 3, in Abeokuta, the Secretary to the State Government, Tokunbo Talabi, announced the suspension of the commissioner pending the conclusion of an independent investigation into the allegation. He explained that the state government decided to suspend Abudu-Balogun to enable him to cooperate fully with the independent investigation being carried out by the police.

“Whilst taking cognisance of the principle of a suspect being presumed innocent until proven guilty and the public statement issued by Honourable Abudu-Balogun denying the allegation, as a government with zero tolerance for gender-based violence and indeed any criminality, the suspension is a further demonstration of the commitment of Dapo Abiodun administration to fairness, equity, justice and the rule of law, no matter who is involved,” the statement read.

Talabi assured the residents that the state government would do everything necessary to ensure that justice was served in the case.

He disclosed that the suspended commissioner has been directed to hand over to the Permanent Secretary at the State Ministry of Environment.

Barakat, a secondary school student in her final year, accused the suspended commissioner of attempting to rape her. She said she met the commissioner on Tuesday last week, but the incident occurred on New Year’s Eve. She said she was waiting for a motorcycle to convey her to the office of the National Identity Management Commission (NIMC) to register for the National Identification Number (NIN). While waiting at a park in Ogun Waterside Local Government Area, she said the commissioner who was said to be driving stopped the car and offered her a lift, but she declined.

Barakat alleged that she had been receiving calls from an unknown person who claimed to be the commissioner’s aide and two days later, she was reportedly taken to Abudu-Balogun’s residence by her uncle.

Although she stated that her uncle might be unaware of the commissioner’s intention as he took her to his house to operate a computer, she claimed she was lured to his bedroom. She said she was left alone and allowed to go after she shouted at the top of her voice, and later narrated her ordeal to her parents who reported the case at the police station.