Tyson Fury slams Anthony Joshua as he continues war of words ahead of their heavyweight showdown - NaijaCover.Com
Skip to content 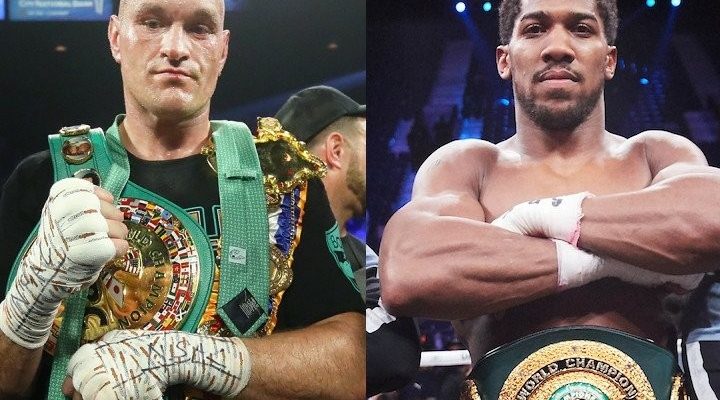 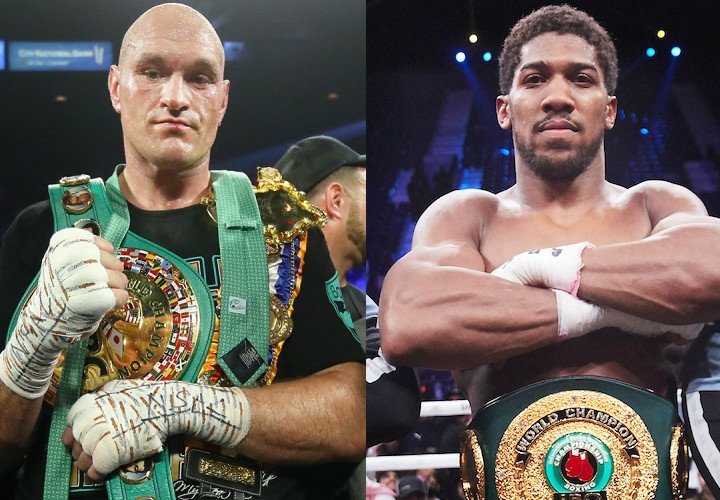 Tyson Fury has slammed Anthony Joshua over his claims that he would knock the Gypsy King out in their ‘Battle of Britain’ heavyweight showdown.

The British duo are expected to meet in 2021 with talks over the fight still on going.

Joshua appeared to confirm the proposed fight with Tyson last month after he defeated Kubrat Pulev in the ninth round to retain his WBA, IBF, and WBO titles.

In the aftermath of that fight, Joshua vowed to take Fury’s ‘head off his shoulders’ when they eventually fight. read previous report here.

The Gypsy King has now hit back at Joshua, dismissing his claims as ‘another lie’ and claimed his heavyweight rival has a ‘confidence issue’

He told Fox Miami: ‘I don’t think he’s as good as people crack him up to be, or he doesn’t believe he is, his own self. He’s got a confidence issue.

‘I’ve never seen him take anybody’s head off anybody’s shoulders in all of his 22 fights.

‘It’s probably a lie, another lie. We’ll see if he’s got the guts to try and do it.’

The 32-year-old describes himself as an ‘average Joe’ before insisting that his unique style and body shape has made him a ‘freak of the nature’ within the ring.

He added: ‘I just see myself as the regular average Joe. Don’t have the great body, don’t have anything brilliant about me,’ said Fury.

CHECK IT OUT:  Happy Birthday To Naira Marley As He Turns A Year Older – Drop Your Wishes For Him

The post Tyson Fury slams Anthony Joshua as he continues war of words ahead of their heavyweight showdown appeared first on .