ASUU says it will embark on fresh strike if FG fails to honour agreement - NaijaCover.Com
Skip to content 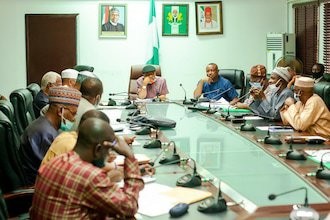 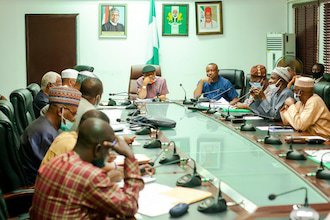 An emerging report indicates that lecturers in public universities may soon begin another strike if the federal government fails to fulfil its own part of the agreement reached in December 2020.

The Academic Staff Union Of Universities (ASUU) stated that a fresh industrial action could commence as early as next week.

In another tweet on Tuesday morning, January 5, ASUU advised the government to honour the agreement reached to avert the planned strike. 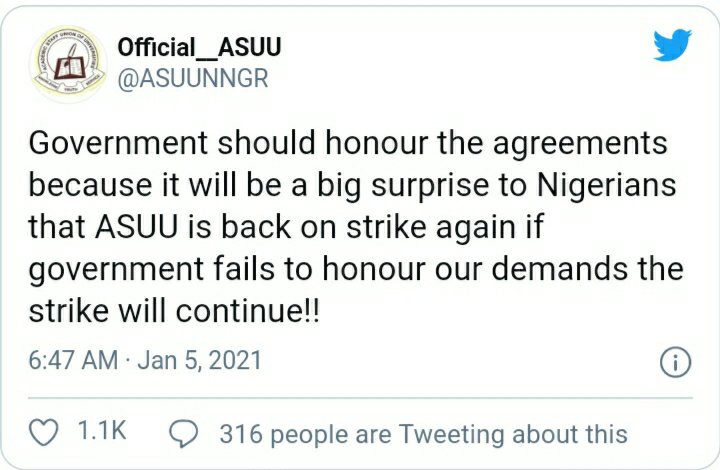 The union made the disclosure in a tweet on Monday, January 4.

The post ASUU says it will embark on fresh strike if FG fails to honour agreement appeared first on .

CHECK IT OUT:  DANGER!! Third Mainland Bridge Is Getting Weak, May Collapse Soon (Watch This Video)