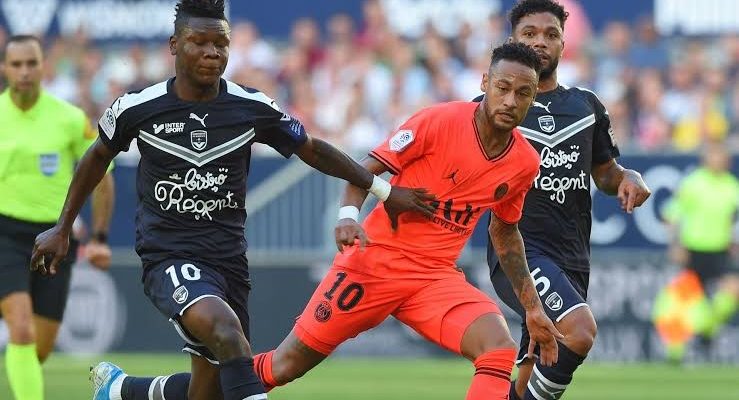 The former Gent star missed the French side’s last four games of 2020, but he is back in the squad preparing to tackle the first match of the new year

As per Girondins4Ever, Samuel Kalu has handed Bordeaux manager Jean-Louis Gasset a big boost ahead of a crucial period of the campaign with his return to full fitness from his latest injury layoff.

Kalu’s struggles with a muscle strain began when the exciting forward limped off in Nigeria’s 1-0 loss to Algeria in October.

A few weeks after the international break, Kalu made a return to the Girondins’ first-team in their 1-0 victory over Rennes but was forced off when he suffered a relapse just before the hour-mark.

The Super Eagles attacker was training to return to action back in December when he suffered another setback on the quadriceps of his right thigh.

In his absence, Bordeaux have won just two of their six matches and lost their last game of the year 2020 1-3 at home to Reims.

Ahead of Wednesday’s Ligue 1 trip to the Stade Saint-Symphorien to face 10th-placed Metz, head coach Gasset has welcomed the 23-year-old Nigerian and former Arsenal defender Laurent Koscielny back from the sidelines.

Despite his struggle with injuries in this campaign, the Aba-born attacker has scored two goals in seven Ligue 1 appearances.

Kalu is currently in his third season in France after joining the Girondins on a five-year deal from Belgian club Gent in 2018.

Bordeaux currently sit 13th on the Ligue 1 table, but the manager has spoken of the club’s desire to finish the season in the top eight.

CHECK IT OUT:  “My boyfriend is a Muslim” – Tonto Dikeh discloses