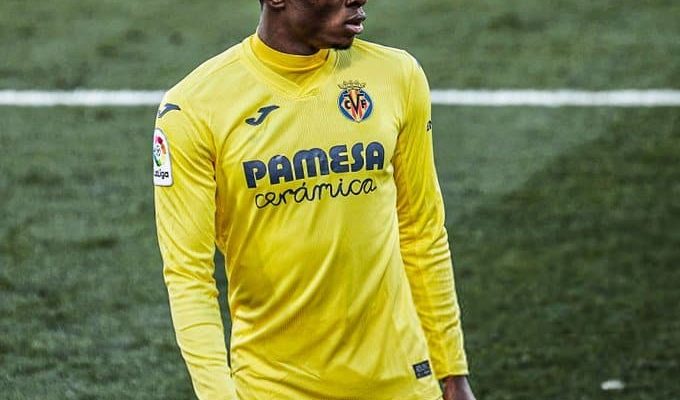 The Nigerian winger creates history for the Yellow Submarines

Nigerian winger Samuel Chukwueze has become the youngest player in history to make 100 appearances for Villarreal’s first team in all competitions by featuring against Zamora on Tuesday evening.

The 21-year-old started the Yellow Submarines’ Copa del Rey encounter with Zamora and provided the assist for the game’s opening goal in a 4-1 away victory for the La Liga club.

Chukwueze set the new 100-game milestone at the age of 21 years, seven months, and 11 days.

Seventy-nine of those games were in La Liga, where the former Golden Eaglets hero has scored nine times and created ten others.

The Nigerian wonderkid scored four goals and created two assists in 22 matches for the Villarreal B team before making the step up to the senior side.

Chukwueze has contributed 28 goals (14 goals, 14 assists) in those 100 games, a key statistic that has seen him emerge as one of the most sought-after youngsters in Europe.

CHECK IT OUT:  UNBELIEVABLE! Shock As This Man United Star Midfielder Is Heading To PSG