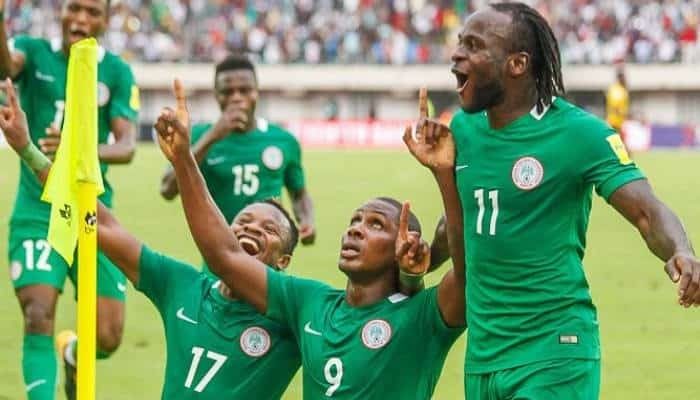 The January transfer window is officially opened, and one former Nigerian international could be set for a move to the middle east

According to Skyports, Ighalo is attracting interest from the middle east while two unnamed Premier League clubs are also interested in keeping him in England.

Ighalo is currently on loan at Manchester United from Chinese Super League club, Shanghai Shenhua. The 31-year-old initially joined the Red Devils on a loan deal till the end of last season but was extended for another seven months due to the disruptions caused by the coronavirus pandemic.

However, it has not gone according to plan for Ighalo with just four appearances for Ole Gunnar Solskjaer’s side this season.

Ighalo has also fallen in the pecking order since the arrival of Uruguayan star, Edinson Cavani. And with his contract set to expire at the end of January, Ighalo has a decision to make on his future.

The former Watford man’s deal with Shanghai expires in December, but he could be tempted to move to the middle east or decide to stay in the English top-flight.

CHECK IT OUT:  Man Turns A Danfo Driver Into A Punching Bag For Bashing His Jeep In Lagos (Watch Video)