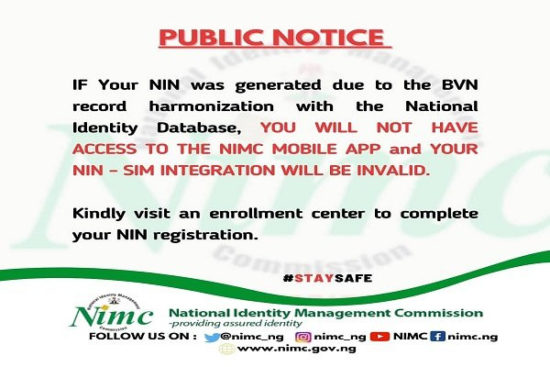 Some Nigerians used the code *346# to generate their NIN. A message that went viral in December indicated that persons who did their BVN registration in 2014 automatically had their NIN generated.

NIMC says these NINs remain invalid until they have been registered at NIMC offices.

Nigerians who have since generated their NIN via this method have vowed not to go for the physical registration. According to them, the commission can do their worst and disconnect their phone lines. They averred that in the wake of the second wave of the COVID19 pandemic, avenues such as this to make the NIN registration easy shouldn’t be blocked by the agency.

See their reactions below 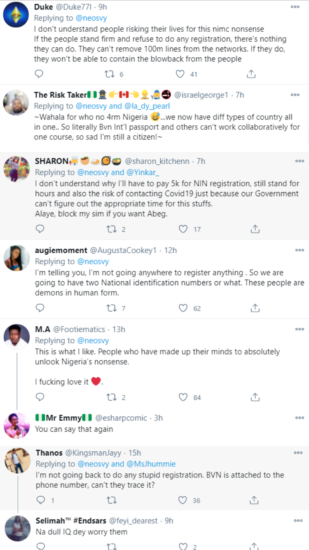 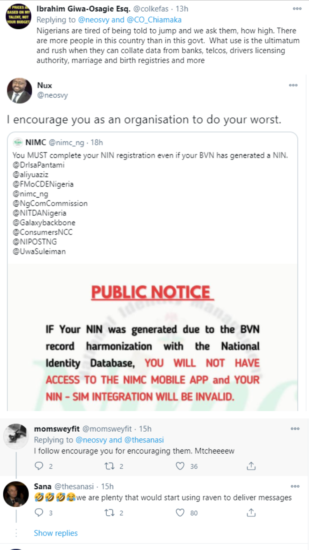 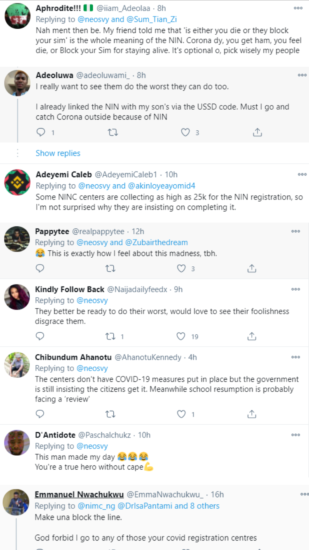 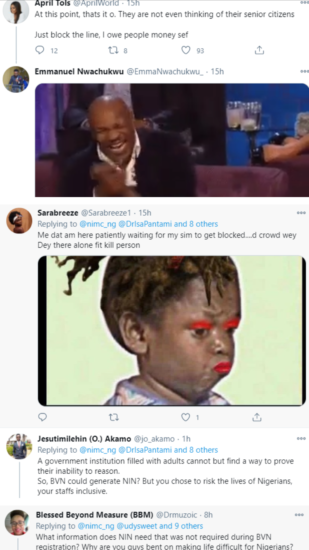