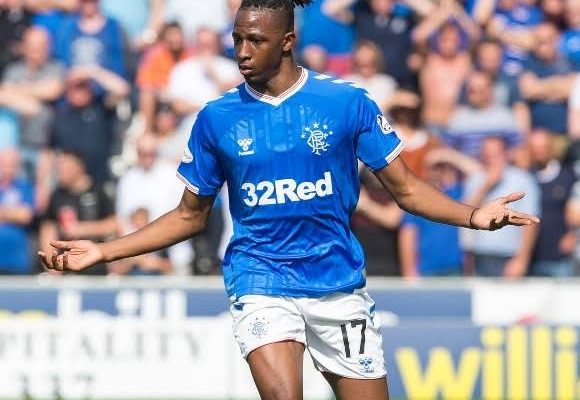 The two Nigerian internationals were not in action on Saturday, but they have one of their countrymen to thank in their bid to power Rangers to the Scottish Premiership title

Celtic huffed and puffed all afternoon but found the visitors’ defence, marshalled by 2013 Africa Cup of Nations winner Ambrose, a hard nut to crack.

Ambrose, playing his 15th league game of the season, was one of Livingston’s better performers. The Nigerian defender won each of his three aerial duels, made one tackle, and even missed a big chance to win the game for the visitors.

The stalemate, though, punctures a hole in Celtic’s bid to retain the league title they have dominated in the last nine seasons.

The defending champions, after Saturday’s demoralising draw, find themselves a massive 20 points behind league leaders Rangers.

Super Eagles stars Joe Aribo and Leon Balogun, and the rest of Steven Gerrard’s men will be elated with the damage done by Ambrose and Livingston at the Celtic Park.

The Gers, having played two games more than their bitter rivals, have the chance to go 23 points clear at the top of the league table when they clash against bottom side Motherwell on Sunday.

CHECK IT OUT:  “I Am Celibate But I Take Good Care Of My Man” – Tonto Dikeh