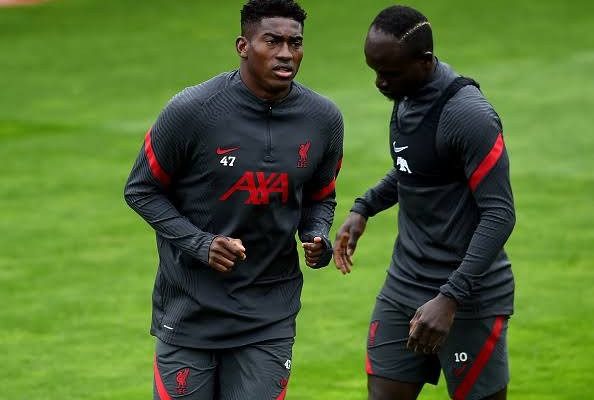 The two Liverpool forwards are some of Africa’s best footballers, but their journey to the top took a few detours

Nigerian striker Taiwo Awoniyi says he is taking inspiration from Mohamed Salah and Sadio Mane and the many challenges they surmounted before they became world stars.

It has been a challenging experience rising to the top of the game for Awoniyi after reaching the heights of winning the FIFA U-17 World Cup with the Golden Eaglets in 2013.

Liverpool signed the youngster two years after that incredible triumph, but he has not made a single appearance for the Reds because of work permit issues.

Awoniyi has been shipped on loan to different clubs across Europe, including Gent, Royal Excel Mouscron, Eintracht Frankfurt and Mainz as he seeks to upgrade from a talented youngster to an established striker.

The 23-year-old reveals he is drawing encouragement from Africa’s best Sadio Mane, who played in France for Metz, starred for Austria’s RB Salzburg, and proved his worth at Southampton before teaming up with Liverpool.

Also, Mo Salah joined Chelsea in 2013 but had to spend time on loan at Fiorentina and Roma before becoming a European champion at Liverpool.

Now impressing in the Bundesliga with Union Berlin, Awoniyi still retains the desire and hope of one day featuring for Jurgen Klopp’s side.

“Of course, I do. Time and chance are key,” the former Golden Eaglets star told the Punch in response to whether he believes he would still play for Liverpool.

“The quality in Liverpool is great. Sadio Mané is Africa’s best. And the truth is, he just didn’t find himself in Liverpool suddenly, he went through processes.

CHECK IT OUT:  Sowore’s Mother Appeals To Buhari, DSS To Release Her Son

“Roberto Firmino did just as Mohamed Salah. Salah also played on loan from Chelsea at Fiorentina and Roma. It is what it is.

“Some players may never have to go through all of these, but many have to. I might be lucky and be the star guy in one game.

“Alexander Trent-Arnold is 20, and he’s doing well. When I was to go for pre-season last summer with them, I got injured and didn’t go. It’s about time and chance.”

Awoniyi has found the back of the net five times in 12 games for Union Berlin, making this his best season in Germany.

The Super Eagles hopeful only managed one goal each for Frankfurt and Mainz during his time at the clubs.