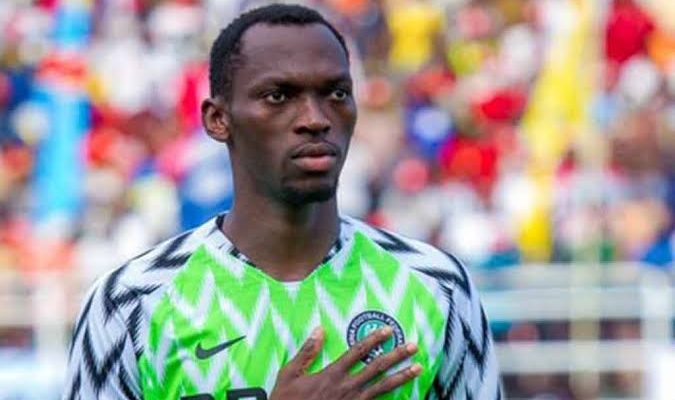 Nigerian national team head coach Gernot Rohr is expected to release a list of 25 players to prosecute the two Afcon-qualifying games in March in the coming days, and the Crotone forward may just be the first name on the list

Super Eagles striker Simy Nwankwo grabbed his seventeenth Serie A goal of his career in Crotone’s 2-1 defeat to Fiorentina to seemingly seal his spot in Nigeria’s squad for the Afcon qualifiers in March.

Crotone remain rooted to the foot of the Serie A table after losing their 13th league match of the 19-game-old season, despite Simy’s best efforts.

Giacomo Bonaventura and Duan Vlahovi handed the hosts a two-goal advantage inside the opening half-hour at the Stadio Artemio Franchi.

Still, Simy dragged the visitors back in the game with a fine header in the 66th minute.

It was the 28-year-old’s seventh goal of the campaign, making him the most prolific Nigerian forward in the top five leagues in Europe.

With Victor Osimhen taking time to settle at Napoli following his big-money move to Naples, Simy could be the striker Gernot Rohr turns to when lining up his team against the Benin Republic and Lesotho.

Only KRC Genk’s Paul Onuachu (20 goals) and Hamrun Spartans’ Franklin Sasere (8 goals) have scored more goals than Simy across all the first division leagues in Europe.

The Super Eagles top Group L of the Africa Cup of Nations qualifying with eight points and need just one point from their last two group matches to book their place in Cameroon 2021.