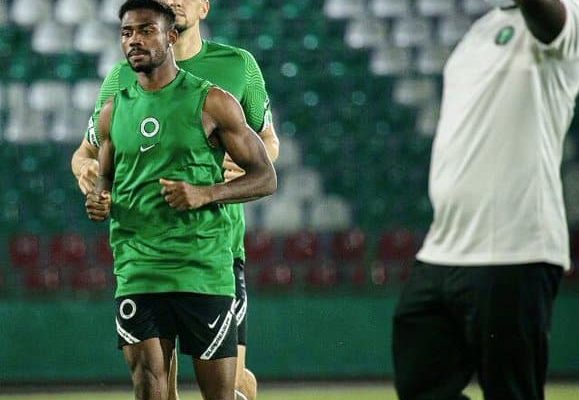 German club FC Cologne have completed the signing of Super Eagles forward Emmanuel Dennis on loan from Belgian champions Club Brugge, according to a statement on the Bundesliga side’s official website

Dennis has been assigned the number 43 jersey by Cologne and
will spend the remainder of the 2020-2021 campaign with the Billy Goats.

The 23-year-old winger burst to prominence in 2019 after netting a brilliant brace for Brugge at the Santiago Bernabeu in a Champions League clash against Real Madrid.

But this season has brought more troubles than good for Dennis, with the young attacker missing several games for Brugge after losing a family member and flirting with disciplinary issues.

“The last six months were not easy for me. I want to play and score goals, and therefore I wanted to make a move in the current transfer window,” said Dennis.

“I am pleased that I’m now at FC. I know what the sporting situation at FC is – therefore, I want to play my part in keeping us in the league by playing and scoring in a top league.”

Dennis will be teaming up with compatriots Tolu Arokodare and Kingsley Ehizibue when he resumes training with his new teammates at Cologne on Wednesday, January 27.

Cologne are battling to avoid the drop following a terrible start to the campaign, with Markus Gisdol’s men occupying one of the bottom three spots on the league table.

CHECK IT OUT:  Oh No! See The Mechanic’s Wife Who Lost Her Pregnancy After Being Battered By Landlady And Sons

The Billy Goats are one of the lowest-scoring sides in the Bundesliga, managing a meagre 15 goals after 18 rounds of matches.