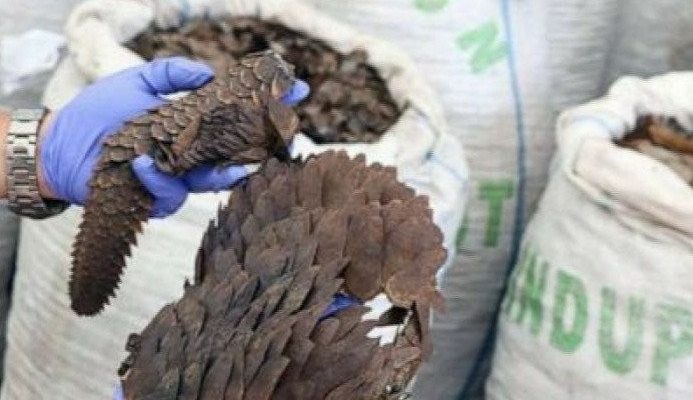 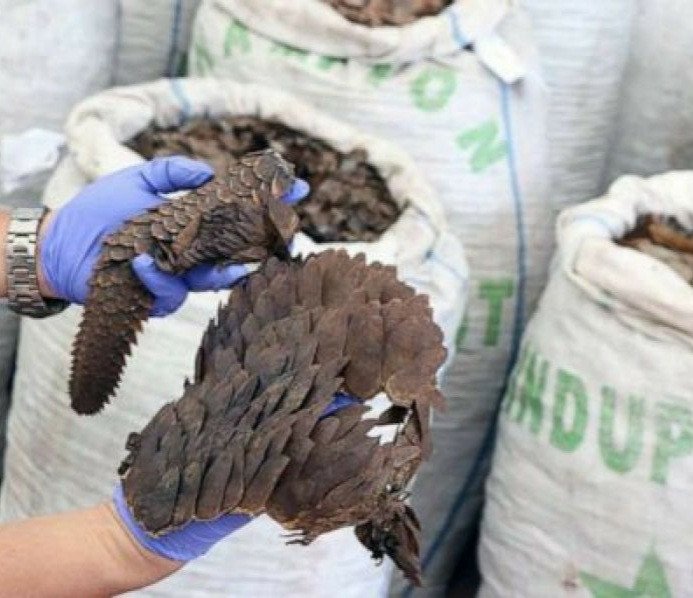 The Customs Area Controller of the command, Comptroller Mohammed Abba-Kura, disclosed this during a press briefing yesterday, Jan 27.

Abba-Kura said the items were billed for export to Vietnam when they were intercepted.

He added that the contrabands were in a 20-feet container with number CSLU 2362640, heading to Haiphong, Vietnam.

He said the items, comprising 162 sacks of pangolin scales weighing 8,800kgs and 57 sacks of mixed endangered species of various sizes such as ivory/animal horns, lion bones and others were falsely declared as furniture components.

He said: “On January 21, based on credible intelligence, Customs operatives at the export seat of Apapa command, successfully detected and arrested one unit of 20-feet container which was processed for export and falsely declared as a furniture component.

“Immediately the container was opened, logs were seen in front, and upon 100 per cent physical examination of the container, elephant tusks, and the pangolin scales were seen concealed by the logs.”

He said that an agent had been arrested and detained after an unnamed lady was picked by operatives.

The comptroller said that after due investigation, the customs service headquarters would take appropriate action against the suspects.

He said: “The Convention of International Trade in Endangered Species (CITES 1973) entails that Customs Administration all over the world protect wildlife by intercepting illegal trade on such animals.

CHECK IT OUT:  OMG!! Soldier Rapes A Girl In Her Parents Presence

“Pangolins – scaly, shy and sensitive – are believed to be the world’s most trafficked nonhuman mammals accounting for as much as 20 per cent of all illegal wildlife trade.

“Their scales that are made of keratin (the material in fingernails) have no scientific proven curative properties but are in high demand for use in traditional Chinese medicine,” he added.