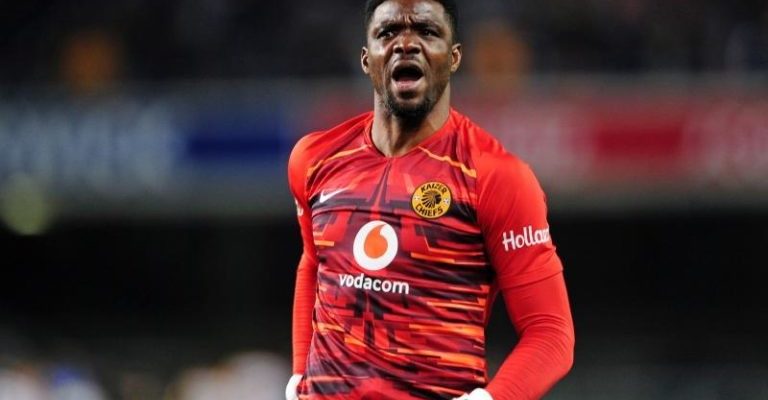 Daniel Akpeyi had a mixed performance as Kaizer Chiefs suffered a 2-1 loss to Orlando Pirates in the first act of the Soweto Derby this season.

The encounter was Akpeyi’s 10th league appearance in the DStv Premiership, but it was Pirates that took home the bragging rights at the Orlando Stadium.

It was indeed an entertaining encounter as both teams had a go at each other right from the first whistle. The Buccaneers started on the front foot, but it was not until the 38th minute they found the breakthrough.

Pirates took the lead through Thembinkosi Lorch, who beat Akpeyi to a long ball to fire into an empty net. The goal ensured Josef Zinnbauer’s men went into the break with the lead.

The second-half started with Chiefs on the attack, and they should have equalised after they were awarded a penalty in the 51st minute.

However, Richard Ofori denied Serbian striker, Samir Nurkovic from the spot to preserve Pirates lead. The match was now at an end-end pace as, but neither team could take their chances.

Pirates had a penalty shout in the 70th minute after Vincent Pule was pulled down in the box, but the referee waved away their penalty shouts.

Nonetheless, they would not be denied the victory as they doubled their lead in the 80th minute courtesy of a strike from Siphesihle Ndlovu.

Although Chiefs pulled one back through a header from Daniel Cardozo seven minutes from time, Pirates held on for an important victory.