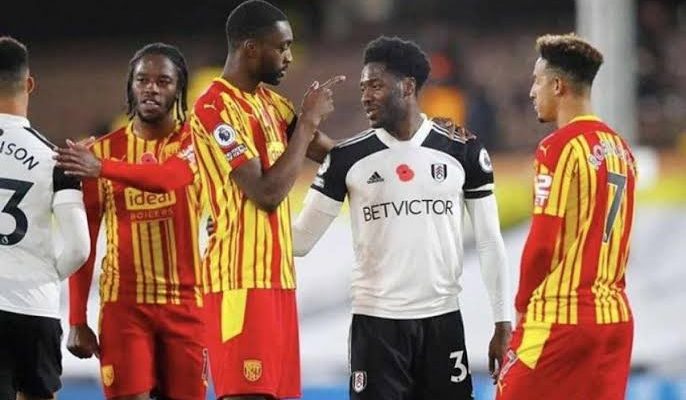 Four players of Nigerian descent were on the starting team sheets of both clubs as West Brom and played out a 2-2 draw with Fulham at the Hawthorns.

Fulham boss Scott Parker deployed both Tosin Adarabioyo and Ola Aina at the centre of a three-man defence, and set attacker Ademola Lookman in the left-wing forward role.

But the day started horribly for the Baggies after the home side fell to a 10th-minute opener from Bobby Reid, only to then lose O’Shea to an injury 15 minutes later.

But the hosts fought back admirably to level proceedings shortly after the interval through Kyle Bartley.

Matheus Pereira then pounced on a pass from substitute Mbaye Diagne in the 66th minute to hand Allardyce’s men the lead for the first time in the game.

Six minutes later and the match was back on levelled terms. Harrison Reed sent in a great cross which Ivan Cavaleiro met with a fine header to drag the visitors back in the clash.

CHECK IT OUT:  ‘Life Is Too Precious To Be Wasted’ – Imam Who Hid Christians In Plateau (Photos)