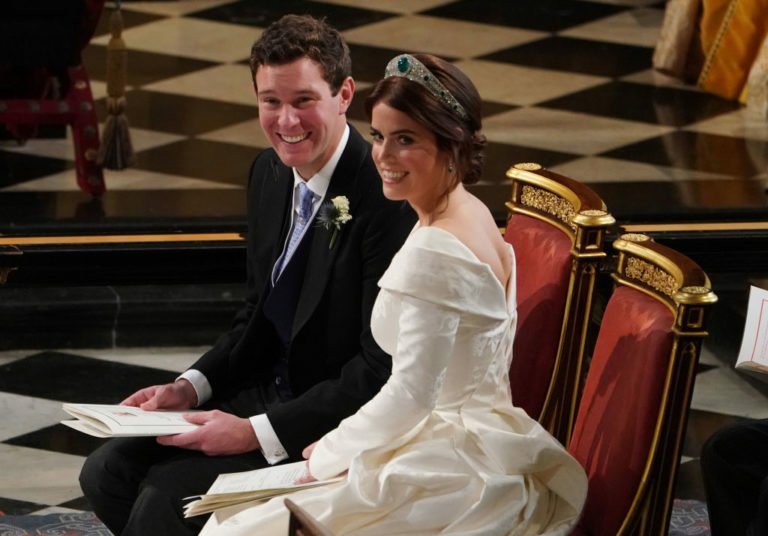 Princess Eugenie is the younger daughter of Prince Andrew, Duke of York, and Sarah, Duchess of York, making them grandparents for the first time. She is ninth in the line of succession to the British throne, after her elder sister, Princess Beatrice of York.

The new mum shared an adorable photo of their royal baby on Instagram alongside three blue hearts. 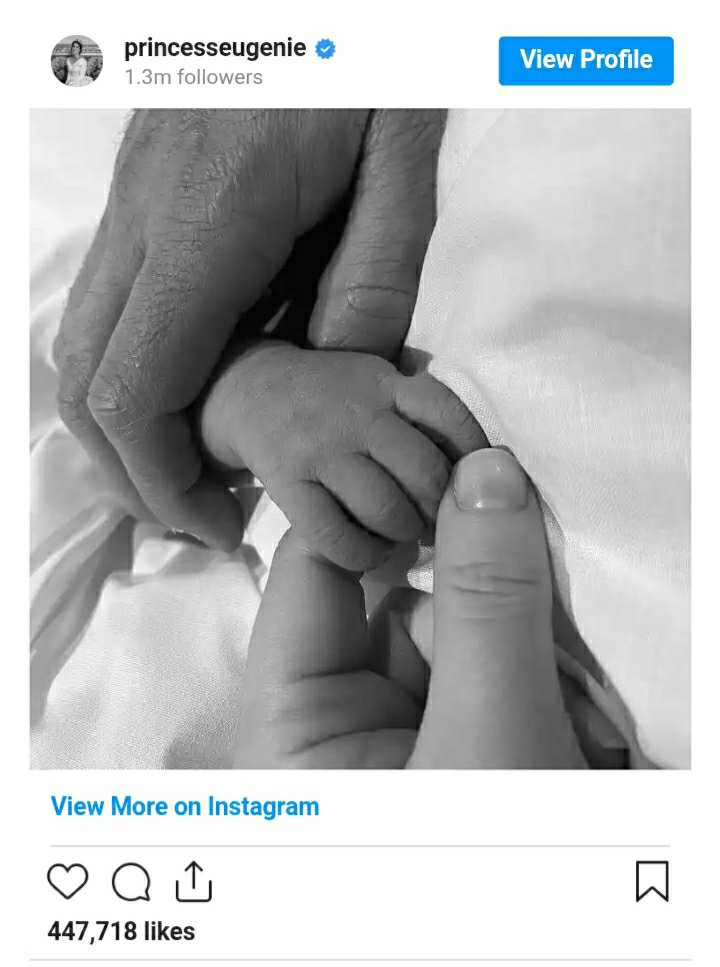 A statement from Buckingham Palace read: “Her Royal Highness Princess Eugenie was safely delivered a son today, 9th February 2021, at 08:55hrs at The Portland Hospital. Jack Brooksbank was present.

The Queen, The Duke of Edinburgh, The Duke of York, Sarah, Duchess of York, and Mr and Mrs George Brooksbank have been informed and are delighted with the news.

This is Princess Eugenie and Jack Brooksbank’s first child, The Duke of York and Sarah, Duchess of York’s first grandchild, and the ninth great-grandchild for The Queen and The Duke of Edinburgh. Her Royal Highness and her child are both doing well.

The new addition to the royal family will be second cousins with Prince George, Princess Charlotte, Prince Louis and Archie.

CHECK IT OUT:  Senate Calls For Dialogue To Hasten The Release Of Leah Shaburi