Another Sad News For Nigerian Football - NaijaCover.Com
Skip to content 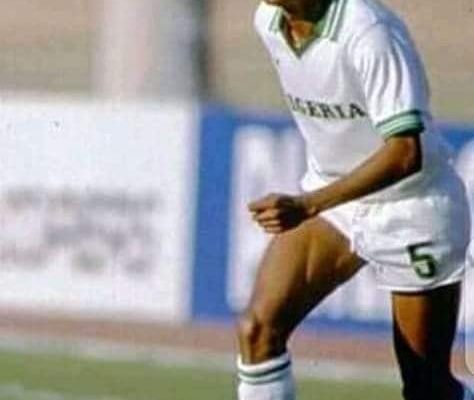 Former Nigerian international Yisa Sofoluwe has passed away at the age of 53, Soccernet can confirm. Sofuluwe died at the Lagos University Teaching Hospital (LUTH) after a battle with a brain illness.

The ex-international was diagnosed with mild cerebral atrophy, an ailment that destroys the connections that help the brain cells communicate.  Another former international Waidi Akanni announced the death of Sofoluwe on Tuesday night.

“Sofoluwe didn’t make it. We tried our best to save his life but unfortunately, he has gone to be with the Lord”, Akanni said.

Sofuluwe won 40 caps for Nigeria and was popularly called “the dean of defence”. He was a member of the Nigerian team that finished as runners-up to Cameroon at the 1984 and 1988 Africa Cup of Nations.

At Club level, he played for Shooting Stars football club of Ibadan where he won two league titles before leaving for Abiola Babes.  He also featured once for Nigeria’s U-20 team.