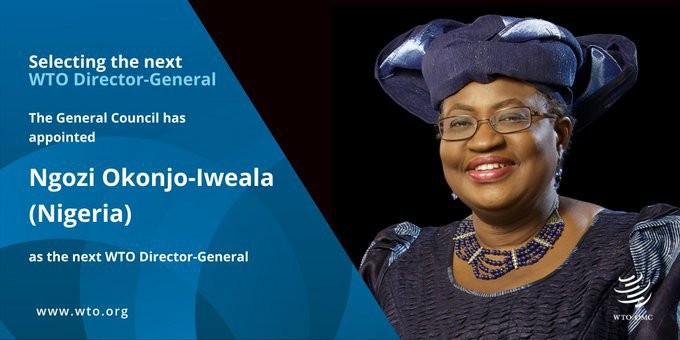 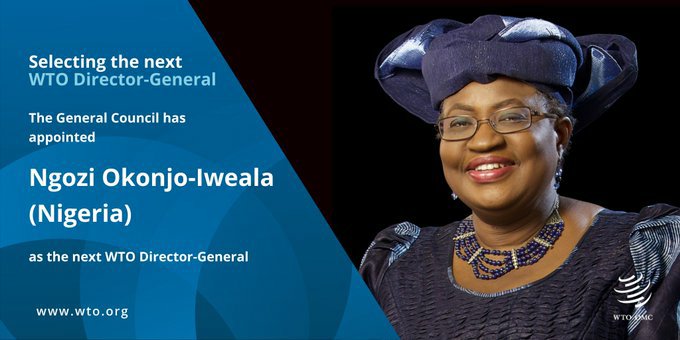 Nigeria’s candidate for the World Trade Organization’s DG Ngozi Okonjo-Iweala has officially been appointed as the next WTO Director-General. Ngozi is making history as the first woman and the first African to lead the WTO with her term set to begin on the 1st of March 2021.

The World Trade Organization shared the news on social media, stating that more details will be revealed soon. It also wrote that WTO members took the decision to appoint Ngozi as DG at a “special meeting of the General Council, following a selection process that included eight candidates from around the world #WTODG”

The former minister was endorsed by President Muhammadu Buhari in June 2020 as Nigeria’s candidate for the position of Director-General of the World Trade Organisation (WTO), which was officially acknowledged in June.

Ngozi who was also named Forbes Africa’s African Person of the Year 2020 was expected to be announced as the winner according to Bloomberg, but WTO hit a major roadblock with the Trump administration which categorically said it will not back the appointment of Ngozi, meaning that the U.S. would act as a veto to disrupt the process.

Ngozi’s regained the chance of being World Trade Organization’s Director-General earlier in February when Yoo Myung-hee in a televised briefing, stated her decision to retreat from the race after “close consultation” with the United States, adding that the WTO “had been without a leader for too long” since Director-General Roberto Azevêdo announced he was stepping down on 31 August 2020. 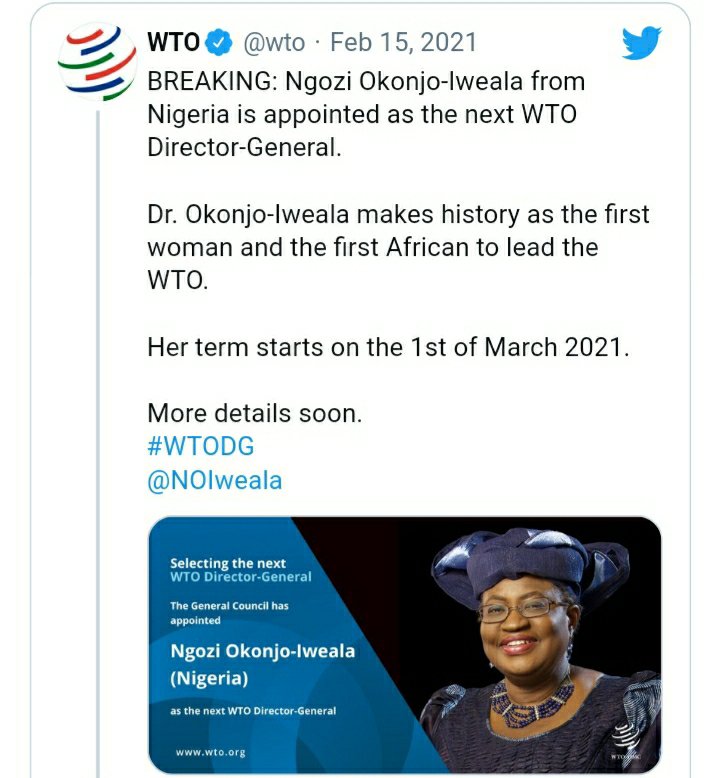 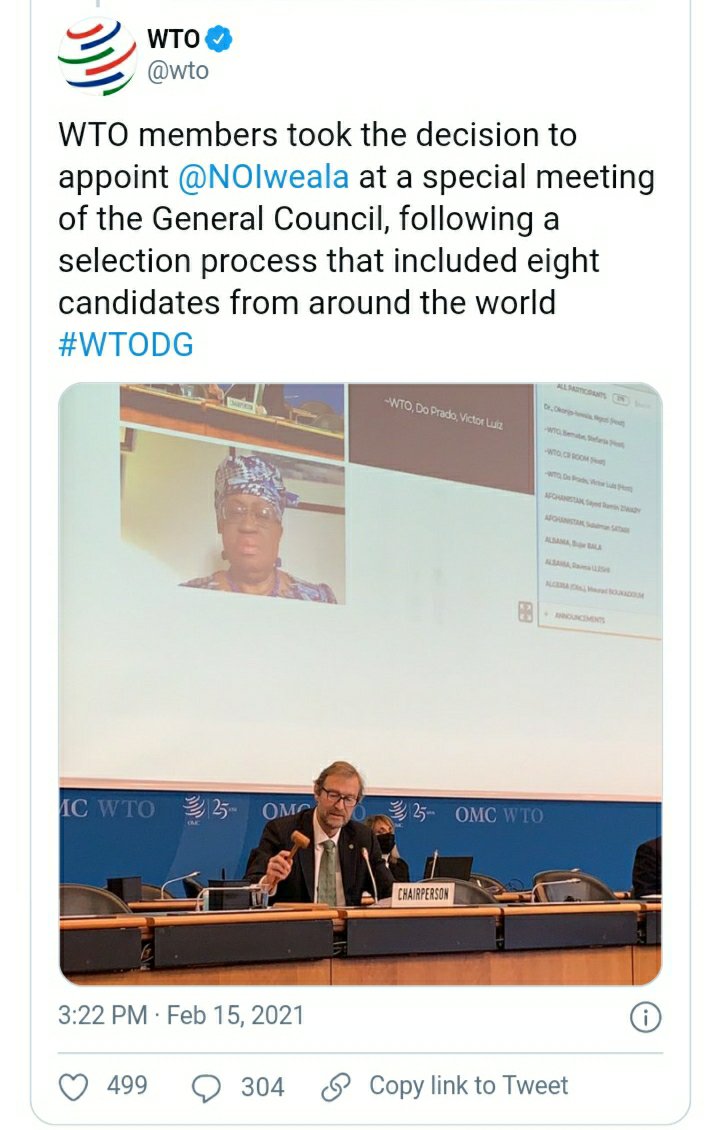 CHECK IT OUT:  2023: APC May Collapse If It Fails To Yield To Buhari’s Advice – Osinkolu