Ahmad Gumi calls for amnesty to be granted to bandits spearheading violent attacks in the Northern region of the country - NaijaCover.Com
Skip to content 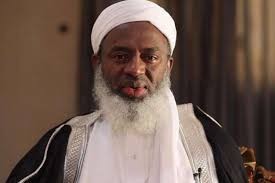 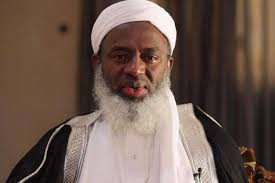 Prominent Islamic cleric, Ahmad Gumi has continued his call for amnesty to be granted to bandits spearheading violent attacks in the Northern region of the country.

Gumi who appeared on Africa Independent Television (AIT) on Tuesday February 16, said bandits learnt how to kidnap from Niger Delta Militants and should be granted amnesty just like them.

According to the cleric, only a handful of herders are criminals and they took up weapons to protect themselves from extinction after their cows which is their ”oil,” were rustled.

“We didn’t take a different route of trying to solve this problem and that is why we are still here today. And when we say amnesty, we don’t mean that anyone proved to be involved in murder should go free as such.

“They learnt kidnapping from MEND. I do not see any difference. They were the first victims of rustling. Their cattle is their oil. What we are seeing now is more of an insurgency than banditry. I can say 10 percent of the herders are criminals not 90 percent, in the end, they took up weapons to protect themselves from extinction.

“They themselves can take care of the little remnants of criminals among themselves because they don’t want anybody to bring mayhem to them.”

The post Ahmad Gumi calls for amnesty to be granted to bandits spearheading violent attacks in the Northern region of the country appeared first on .

CHECK IT OUT:  “No Bad Blood Between Me And ‘Sister’ Tiwa” – Danny Young Speaks About Court Battle With Tiwa Savage