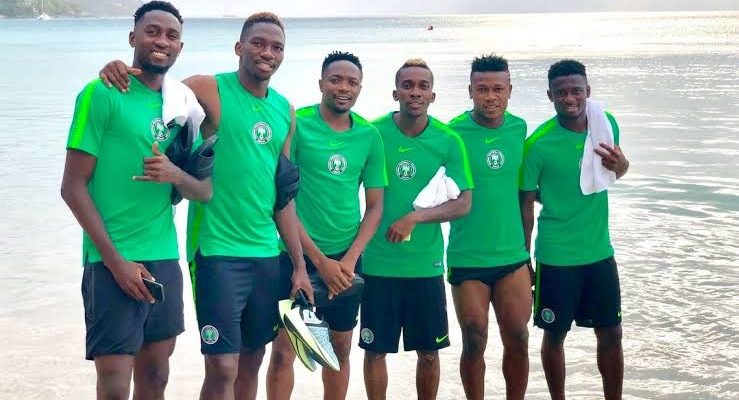 After a troubled summer in which the Nigerian defender was close to moving to greener pastures, Jamilu Collins have inked a new contract with Paderborn SC

Super Eagles defender Jamilu Collins has inked a one-year contract extension at SC Paderborn, the 2.Bundesliga club have announced on their official website.

The 26-year-old was believed to be running down his expiring contract before joining a club of his choice as a free agent at the end of the season.

But the club, relegated from the German top-flight at the end of last term, has been able to convince the fullback to extend his contract until June 30, 2022.

Paderborn’s sports director Fabian Wohlgemuth has, in a statement, revealed how delighted the club are after a breakthrough in contract talks that ensured the club keeps hold of the Nigerian international.

“Jamilu has developed very well in the three and a half years in Paderborn,” Wohlgemuth said.

“With his strong performances he attracted the attention of numerous other clubs. That is one of the reasons why we are pleased that he sees his further sporting home at SCP07.”

CHECK IT OUT:  “I Am Confident, We Serve A Living God At Old Trafford” – Akin Alabi