Lai Mohammed Will Be Exposed. Whatever He Says Is Considered A Lie – APC Spokesman - NaijaCover.Com
Skip to content 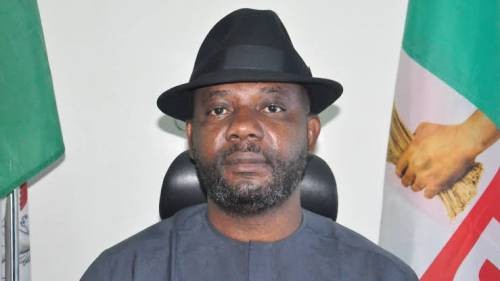 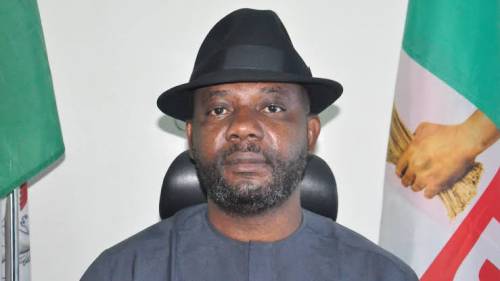 The Deputy National Publicity Secretary of the All Progressives Congress, Yekini Nabena, has said the Minister of Information and Culture, Lai Mohammed, is the biggest problem of the government of President Muhammadu Buhari.

Mohammed had also said he would not dignify Nabena with a response over his comment on the APC registration and revalidation in Kwara State.

The minister, who hails from Kwara, had demanded the immediate cancellation of the ongoing membership registration and validation in Kwara for non-compliance with the guidelines and regulations laid down by the party.

The APC deputy spokesman had, however, berated the minister over the demand and advised him to submit to the leadership of Governor AbdulRahman AbdulRazaq to allow peace to reign in the state APC.

In a statement on Wednesday titled, “Nabena to Lai Mohammed: Time has left you in darkness and can’t catch up,” the APC deputy national publicity secretary described Mohammed as a “total failure”.

Nabena also said that time had left the minister behind in the scheme of things in the APC, adding that he (Mohammed) could no longer catch up with time unless he worked with his state governor, AbdulRazaq.

Nabena said, “Lai Mohammed should go back to his state chapter (Kwara) if he is still relevant there and work with the governor and other stakeholders for his voice to be heard at the national level.

“Lai Mohammed and his gang are calling for the cancellation of the registration exercise for their selfish interest.”

He added that “the details of evil plans to destroy the APC by the likes of the minister has been exposed and the party leadership is fully aware.”

CHECK IT OUT:  You Can’t Make Heaven If You Take Vitamin C And Eat Titus Fish – Nigerian Prophetess (Watch Video)

“At the right time, Lai Mohammed and his gang will be exposed and Nigerians will then know the real impostor that time is sooner.

“Time has left Lai Mohammed behind and he can’t catch up with time.

“Lai Mohammed and his fifth columnists are the biggest problems of this administration. As the Minister of Information and Culture that is supposed to explain the policies and programmes, including the remarkable achievements of this administration to Nigerians, Lai Mohammed has failed woefully. Whatever he says is considered a lie. If not, Lai should tell Nigerians what has been his contributions in the last five years,” Nabena said.

The APC nationwide registration and revalidation exercise starting with the President has been criticised by some chieftains of the party, including the pioneer Interim APC National Chairman, Chief Bisi Akande.

Earlier on Tuesday, the minister had said he would not dignify anybody claiming to be the Deputy National Publicity Secretary of the APC a response because such post did not exist.

Mohammed had said, “My attention has been drawn to the statement credited to one Yekini Nabena, who was described as the Deputy National Publicity Secretary of the All Progressives Congress (APC), on the ongoing APC Membership Registration in Kwara State.

“The said Nabena must have been speaking for himself, as the APC National Caretaker Committee, as presently constituted, has no position like that of Deputy National Publicity Secretary.

“As things stand, therefore, anyone claiming to be the Deputy National Publicity Secretary of the APC is an impostor, hence I will not dignify such a pretender with a response.”

CHECK IT OUT:  NOT GOOD! Man United Fan Stabbed In Paris After Victory Over PSG

Nabena had also earlier berated Lai Mohammed over his demand for the cancellation of the ongoing membership registration and validation exercise in Kwara State.

He had advised the minister to put himself in the position of Governor AbdulRasaq and submit to his leadership in the party in Kwara.

Since the third week of January, the crisis in Kwara APC has pitched the governor against Lai Mohammed following which the APC leadership removed Bashir Bolarinwa as the caretaker chairman of the party in the state.

The protracted crisis broke the party into factions with the governor and Mohammed in a struggle to control the party.

Mr Bolarinwa, who is loyal to the minister, was removed by the Yobe State Governor Mai Mala Buni-led national caretaker committee of the party and replaced with Abdullahi Samari.

While the faction loyal to the governor swiftly lauded the development, party members on the side of Mr Mohammed see the hand of the governor in it and have been made even angrier.

The state’s lawmakers, however, endorsed the removal of Mr Bolarinwa and decried his public criticism of the state government.

Since APC regained control of Kwara following a sweeping victory in the 2019 general elections in the state, the party has been in crisis.

The post Lai Mohammed Will Be Exposed. Whatever He Says Is Considered A Lie – APC Spokesman appeared first on .