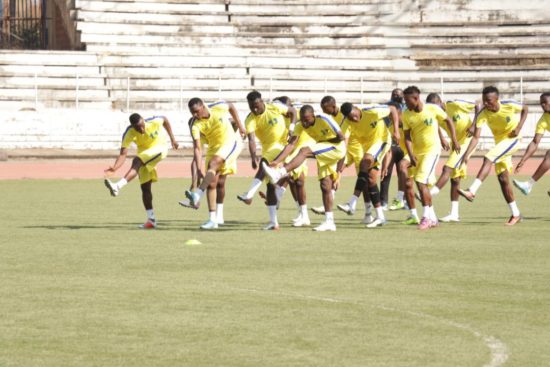 Players and officials of ADAMAWA UNITED FC were robbed at gun point around Benin- Ore expressway last night at about 11.45pm on their way to their week 11 NPFL fixture against MFM FC in Lagos.

According to report, their phones,
feeding monies and other valuables were taken away by the criminals.

The team driver was also abducted in the process and as at press time, no one knows his whereabout.

According to journalist, Tony Ademodi, who broke the news this morning, he said some of the players had this season slept in the team bus because there were no accommodation for them.

“For a team that find it difficult to even feed the players, poor salary structure. Players of Adamawa united earn less than 100k per month, some even earn as low as N30,000.

“Most of their games away from home this season, players have slept inside the team bus, as there is no money to pay for hotel bills. Adamawa united have good players, but their problem is poor management and even the Adamawa state governor doesn’t care and is paying deaf ears to the issues bedeviling the club.” He concluded.

This week, Wikki Tourists bus got burnt to ashes when travelling to Uyo, Akwa Ibom for their matchday tie with Dakkada FC. Also, Kano Pillars’ bus was involved in an inferno on Friday.

CHECK IT OUT:  Ghanaian Actor, John Dumelo Ventures Into Politics