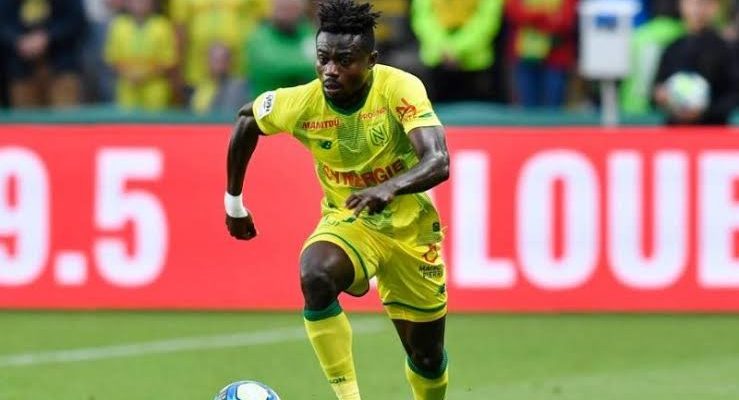 Veteran Nigerian striker Chinedu Ogbuke Obasi scored his second league goal for Rheindorf Altach, but it was not enough as his side succumbed to a 5-1 humbling at the grounds of Austria Wien.

Obasi, who has found the back of the net four times in three cup matches for Altach, finally opened his goals account in the league in a 3-1 loss at Admira ten days ago.

And it was yet again a tale of scoring and losing on Saturday after the 34-year-old broke the deadlock for Altach at the Generali Arena, only for Alex Pastoor’s men to concede five times after the break.

Goalkeeper Matthew Yakubu guided Sered to a fine 2-0 victory at Zemplin, his side’s first league triumph of the year.

The Slovakian Super Liga finally returned from a two-month-long break on February 9, only for Sered to suffer a disappointing 0-2 home loss to Pohronie.

Yakubu, 21, earned his first call-up to the Nigerian national team last year, but he only watched from the bench as Nigeria lost to Algeria and drew against Tunisia with Maduka Okoye in goal.

Moses Simon’s struggles in front of goal continued at the Stade de la Beaujoire – Louis Fonteneau where Nantes could only manage a 1-1 draw against visiting Olympique Marseille.

Simon, who grabbed his third league goal as Nantes defeated Angers last weekend, was on the pitch for 67 minutes and played his part as Ludovic Blas gave the home side a 50th-minute lead.

CHECK IT OUT:  14-year-old Girl Commits Suicide In Ughelli Over Failed Relationship With Boyfriend

But two minutes after the Super Eagles star was replaced by Kader Bamba, former West Ham ace Dimitri Payet equalised for the visitors to ensure a share of the spoils with the homers.

The earned point lifts Nantes momentarily above Terem Moffi’s Lorient and out of the relegation zone, having played two games more.