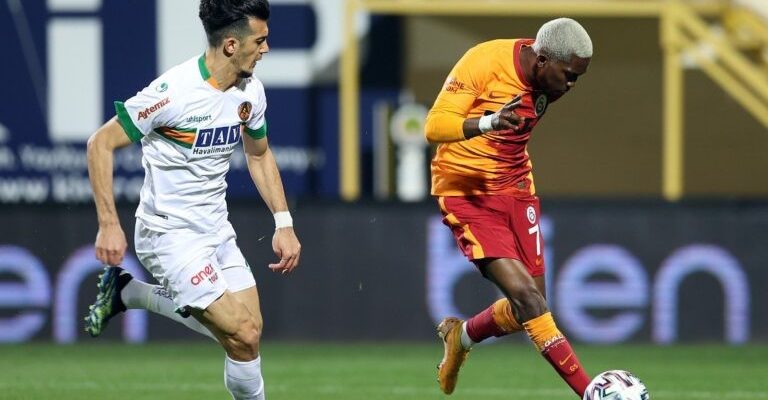 Henry Onyekuru has enjoyed a brilliant start to life in his third spell in Turkey, but the Nigerian international was profligate in front of goal in Galatasaray’s 1-0 win at Alanyaspor.

Emre Kılınç 18th minute strike was enough to hand Faith Terim’s men the three points, but it could have been more had Onyekuru be more clinical in front of goal.

The 23-year-old has three goals in five league games for the Lions but was guilty of missing two big chances on Saturday.

Onyekuru’s first miss of the game came in the opening 15 minutes when he controlled a long ball perfectly before beating his marker with a brilliant first touch in the box, only to shoot wide.

He was presented with another chance just before half-time when a cross found him inside the box, but the former Eupen striker could not connect properly.

Nonetheless, his profligacy did not cost Galatasaray as they secured three important points. Onyekyuru’s international compatriot Oghenekaro Etebo also featured for the title hopefuls and was brilliant in the middle of the park.

Meanwhile, in England, Semi Ajayi saw red in West Brom’s clash against Burnley at Turf Moor on Saturday afternoon. Ajayi was dismissed in the 31st minute for handling a ball which denied Matěj Vydra a goalscoring opportunity.

But thankfully for Ajayi, his dismissal did not affect West Brom as they had enough chances to win but had to settle for a draw.

Ajayi was not the only Nigerian that saw red on Saturday as former Super Eagles winger Victor Moses also received his marching orders in Spartak Moscow’s 2-0 loss at Dinamo Moscow in the Russian Cup.

CHECK IT OUT:  Bike Rider, Passenger Narrowly Escape Death After Being Swept By Flood In Abeokuta (Watch Scary Video)

Moses picked up his first booking in the 15th minute before he was sent off for a second bookable offence nine minutes from time.

The former Wigan star is currently on loan at Spartak from Chelsea and has just one goal in ten appearances for the Russian club.