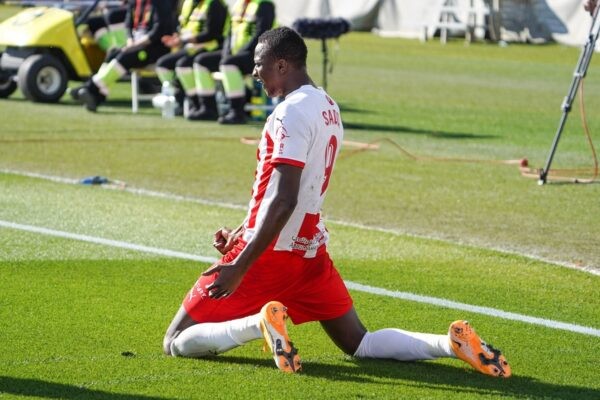 After many years playing for loads of cubs in Europe, the Nigerian forward has finally done enough to merit an invitation to one of the powerhouses of African football

According to reports in the Spanish media, Almeria have announced that their top striker Umar Sadiq has received an invitation to be part of the Super Eagles team preparing to face the Benin Republic and Lesotho later this month.

Sadiq has been one of the most outstanding Nigerian footballers in Europe this term scoring goals for fun and powering Almeria’s push for promotion to the Spanish top-flight.