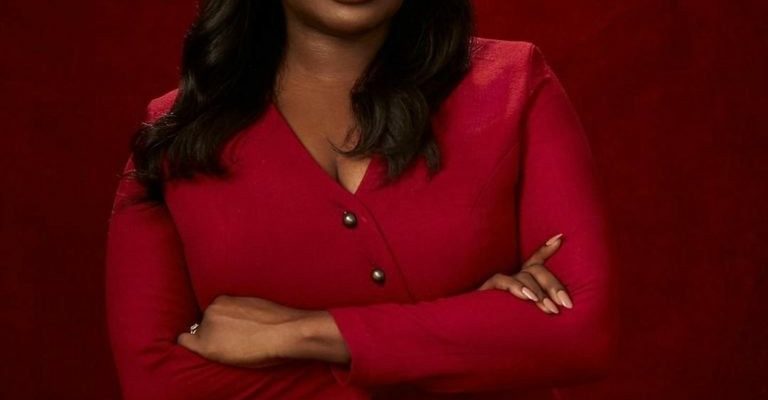 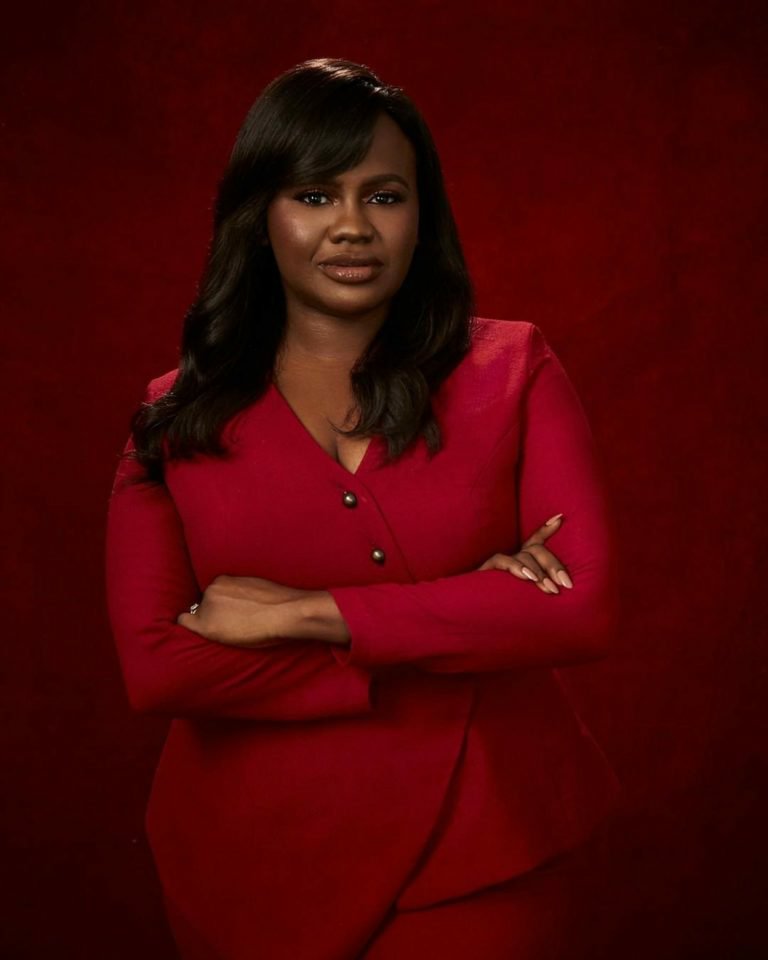 Award-winning filmmaker, Jade Osiberu, has asked what the Central bank is doing with regards to banks limiting the withdrawal amount at their ATMs to N10, 000.

ATMs can do as much as N20, 000 in a single withdrawal but some banks have decided to limit theirs to N10, 000 per withdrawal which in turn generates extra charges from customers who make use of their machines.

In a tweet posted on her handle, Ms. Osiberu is asking why the apex bank is allowing such. Her tweet reads;

”Nigerian Banks and their fraudulent behavior. ATMs have a capacity of N20k per withdrawal but you limit to N10k so you can charge N35 per withdrawal, on a platform that’s suppose to be a low cost option for servicing your customers. Why is @cenbank allowing this?” 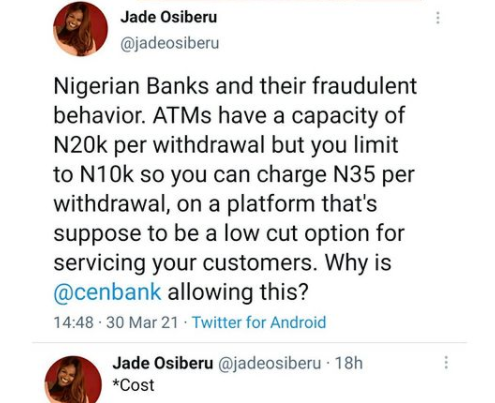 CHECK IT OUT:  NL PREDICT!! See The Lucky Winners That Predicted Tottenham vs Liverpool First Goal Scorer Correctly As They Win Their Cash Price