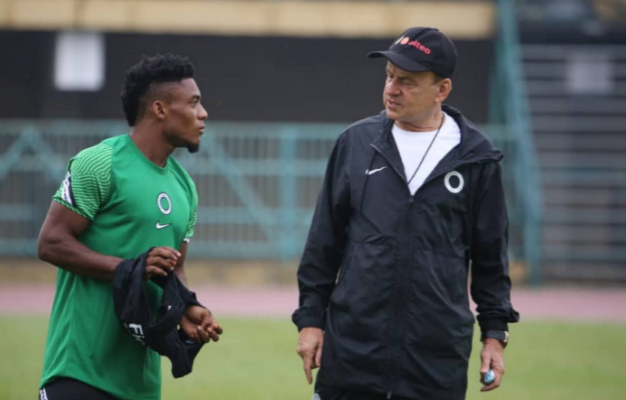 Gernot Rohr has said he was impressed with the performances of the three domestic players in the Super Eagles squad for the Africa Cup of Nations qualifiers against the Benin Republic and Lesotho.

Rohr called up three NPFL players to the Super Eagles squad that defeated Benin and Lesotho in a Group L Afcon qualifiers.

While Anayo was the only player who got a chance to play in the two games, Rohr was impressed with the performances of the three players, given it’s their first call-up to a squad dominated by foreign professionals.

“Iwuala is a good player, he played two games, Rohr told the media after the clash against Lesotho.

“In his first game, a lot of people were surprised by his performance. Noble and Adeleke also gave a good impression in training.”

However, despite their impressive displays, Rohr hinted that it might be difficult for them to get another chance when the 2022 World Cup qualifiers start in May.

The three domestic players were only invited to the squad after some players on the original 24-man list withdrew.  And Rohr has said he would stick with the familiar names when the World Cup qualifiers start in May.

“We can not try new players now. It’s the World Cup qualifiers. It’s too late to do that. We have to continue working and be the best,” Rohr concluded.